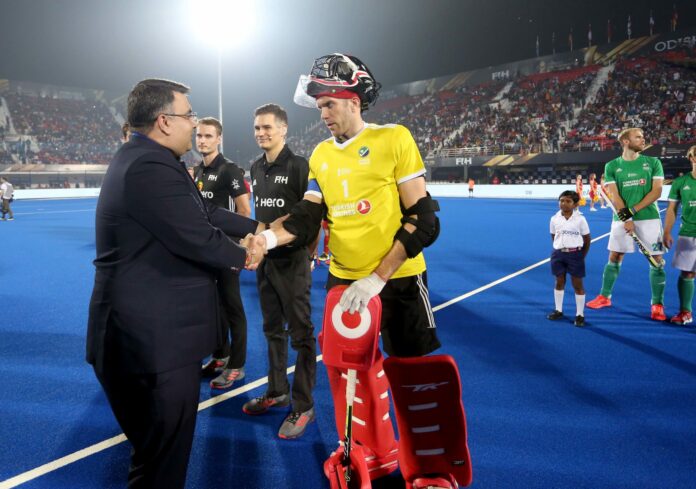 Ireland captain David Harte, the two-time world goalkeeper of the year, believes the setting up of a players’ union body should be explored in hockey.

Ireland failed to secure a place in the knockout stages of the men’s World Cup – their first in 28 years – after defeat to England in December.

For the first time, hockey’s showpiece was decreed a three-week tournament by the International Hockey Federation (FIH), with many questioning the length of the tournament given that some nations are not on full-time funding and athletes were expected to take extended leave from work commitments.

Additionally, the launch of the FIH Pro League is expected to change the face of the game, as the top nations compete over six months on a home and away basis.

Although Ireland were not one of the invited Pro League teams for the inaugural year, the Green Army will still feel the effects of the sport’s changes with a wealth of Olympic qualifying tournaments set for 2019.

Currently, hockey has no players’ association to represent athletes, both domestically and globally, and Harte would welcome its conception.

“If you think about it, the greatest asset the FIH has is its players,” Harte told The Hockey Paper.

“If there is mis-management and if athlete welfare isn’t to the forefront then there will be serious issues.

“The Pro League is a prime example of that with the amount of travel involved and the ability for the FIH to currently to explain the longevity that they are looking to hold towards.”

Harte is a high-profile presence within hockey after being co-opted onto the FIH’s athlete commission, a position he also holds in conjunction with the Olympic Federation of Ireland.

Pointing towards some of Ireland’s players who don’t play on the continent, Harte added: “If you’re not earning so much for your international side and you’re based on your club commitments, but yet these will be lessened by the fact you are away more than normal, then how is it possible to sustain that? There are plenty of things to be considered.”

Great Britain midfielder Emily Defroand said: “We get a lot of support in terms of performance lifestyle, psychology and all aspects of life not just on the pitch.

We could be away for weeks and months at a time and that is big pressure for individuals to deal with. We are very fortunate that it is our full-time job but I can understand that other nations don’t have luxury.”

This is an edited piece from our relaunched print edition.