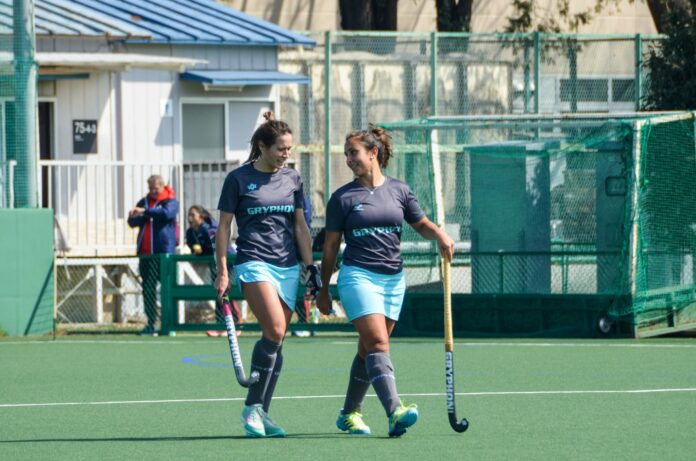 The Gryphon Tokyo Cup launched a women’s event for the first time in March when the annual tournament took place in Japan – and you can be a part of this flourishing event for 2020.

After the success of last year’s competition, where two Japanese clubs battled against a Gryphon world team, sponsors opened up the event to its female ambassadors.

Two of the top female teams in Japan – Coca Cola and Waseda University – played against a Women’s Gryphon side and an Uru Sports world team, alongside the men’s event.

“The introduction of the women’s competition was an obvious step in pursuing absolute equality within the sport,” said a spokesperson.

Gryphon invited Uru to join the 2019 tournament based on the elite level of players using the recruitment platform and its international network.

“Many people want to experience the world through hockey but aren’t able to commit to a six-month season abroad like other Uru athletes,” said Naomi Evans, former Hockeyroo and co-coach of the Uru World Team.

“This tournament opened doors for athletes to get the global hockey experience and build international community in a short window of time.”

Australian International Kathryn Slattery, who was joined by Argentina’s Martina Cavallero, said the tournament was an “incredible experience” at Waseda University.

Slattery said: “Meeting players from all over the world while being able to play a game we all love, it was a fantastic opportunity to explore a new city and new culture while competing in an exciting tournament and I look forward
to the Tokyo Cup in 2020.”

The winners of the Cup were the Gryphon team for the women and Meiji University for the men. Both finals ended in an exciting shoot out.

“The best thing about the trip was the combination of players from all around the world, meeting in such an interesting and vibrant city. We played high standard hockey with our fellow ambassadors from different countries against talented Japanese club sides, we tried new foods, for example baked sweet potato with ice cream on top from a hole in the wall vendor and we found an all night baseball range on our way back from dinner. We experienced everything from a barrel of laughs with new friends, learning how to order a coffee in Japanese – “Koohi Kudasai”, sitting on hot toilet seats, opening up the competition to a women’s version, entering an URU World team and even winning the gold medal!”
Gryphon’s Kim Leiper

Gryphon will be running the same competition in March 2020. For tournament participation and partnership enquiries, email gryphon@cultor.com.au.