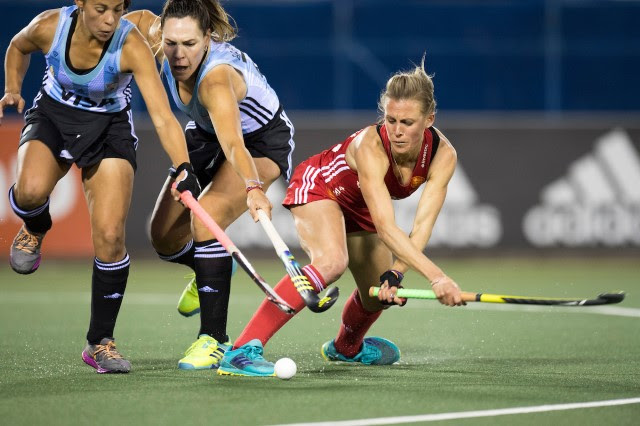 England and Great Britain hockey captain Alex Danson revealed on Monday that she had ‘lost her identity’ and ability to read after suffering a traumatic brain injury on holiday.

Danson, 33, has been out of action after hitting the back of her head on a concrete seat accidentally following the women’s World Cup in London last summer.

And it is only now that she has been able to speak about her ordeal after spending weeks on end in bed.

In a post on social media, Danson said that she was rushed to hospital six weeks after returning to the UK with “a suspected bleed, being violently sick and having seizures.”

Danson, who last played competitive hockey in England’s defeat to Holland in August, admitted to spending 24 hours in bed “for weeks on end”.

“I couldn’t tolerate light, sound or people talking to me,” she wrote. “My memory, concentration and ability to read or look at screens was zero.

“One of the hardest parts in all of this, aside from the physical trauma, has been losing my identity, aspiring to qualify for the Tokyo Olympics to just trying to get through a day.”

Only now is she able to walk for 30 minutes per day as well as holding a conversation, as she admitted she was ‘on the road to recovery’.

Although she feels dizzy most days, she did joke that she was able to remember how to boil an egg.

But she added that her friends and family had been her ‘lifeline’ as she described the seriousness of head injuries.

“They are serious, debilitating and lonely,” she added.

Danson, who is 34 in May, didn’t reveal how long it would be before she could return to training.

But the seriousness of her injury must put her plans to to lead GB for the Tokyo 2020 Olympics in some doubt.

We’re back! Don’t miss out on your subscription-only print copy when we return this month.