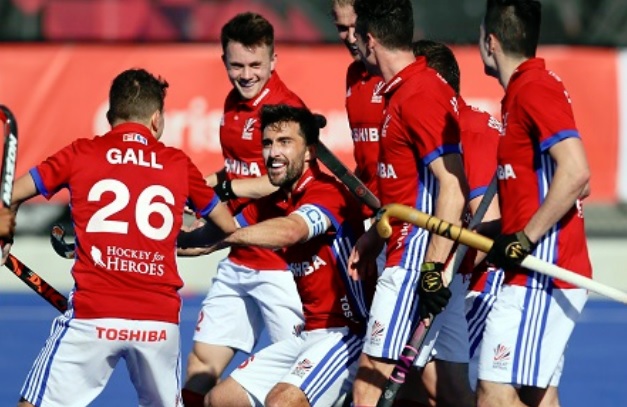 Adam Dixon’s first game as captain saw the men earn an emphatic 6-2 win as the women team were thumped 5-1 in Christchurch.

Sam Ward netted the competition’s first hat-trick, there were two goals for Phil Roper while Dixon also netted to make it a day to remember.

It was their second six-goal win after winning their first game 6-5 against Spain last month and a marked turnaround from their final two matches at the World Cup where they shipped 14 goals.

Dixon said: “It’s been a great start to the competition. With a bit more time between games now we can take each match at full steam and peak for each weekend with our approach and tactics. It’s paid off for us so far.

“Winning breeds a winning mentality, this tournament allows us to come with a different approach and it’s very exciting.”

Meanwhile, the women endured a chastening defeat which saw new coach Mark Hager oversee the team for the first time against a side he coached for nearly 10 years and led to Commonwealth gold last year.

Giselle Ansley scored the Olympic champion’s only goal courtesy of a penalty stroke, but after early possession advantage from the hosts an Olivia Merry hat-trick and plenty of turnover ball cut GB apart in a match which saw Loughborough’s Lizzie Neal make her debut.

Great Britain captain Hollie Pearne-Webb said: “We are kind of starting afresh at the moment, so this is our baseline. The only way is up, hopefully.”

Great Britain will now travel to Perth for another double header clash against Australia next Saturday.