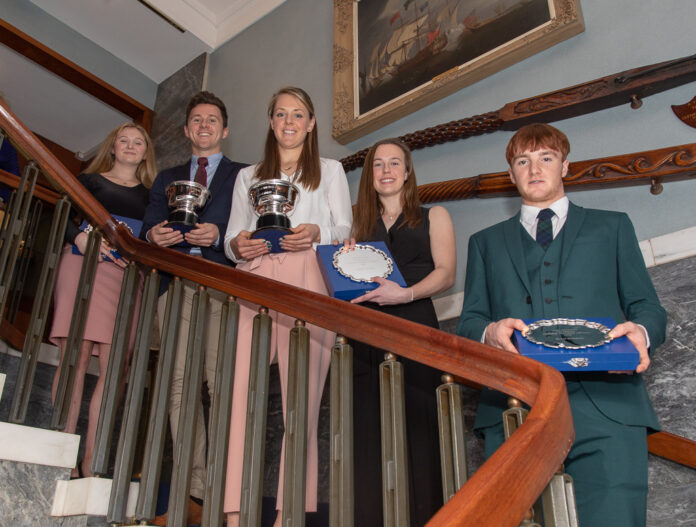 Giselle Ansley and Alan Forsyth, who both play for Surbiton, have won the prestigious UK hockey player of the year awards for 2018, following the annual poll by the Hockey Writers’ Club.

The awards were made on Wednesday at the Club’s annual presentation lunch at the Royal Thames Yacht Club in London. Take advantage of this offer to get your promotional code.

Ansley, the England defender, won the Investec women’s player of the year award for the first time, meaning a member of Team GB’s 2016 Olympic-winning squad has now won the women’s award for the 15th time in 16 years.

Forsyth, who like Ansley joined Surbiton in July 2013, claimed the Mercian men’s player of the year to become the first Scottish player to win the award for a decade. Claim your Betfred promo code at https://theladpromocode.co.uk/betfred-promo-code.html

The 26-year-old went one better than his runners-up spot at last year’s awards and was voted a standout winner after bagging goals galore for club and country.

The Scot has been the leading scorer in the English men’s top flight for the past three years and has already notched 20 goals in the 2018/19 season for high-flying Surbiton.

In his sixth season at Sugden Road, Forsyth has accrued an incredible 122 goals.

The forward said he was “overwhelmed” to win the award after being voted ahead of four-time winner Barry Middleton and Liam Sanford, the England defender and 2014 Higgins Youth Award winner.

In winning the award – and becoming the first Scot to win since goalkeeper Ali McGregor in 2008 – Forsyth hailed his hockey-playing family for supporting the English-based Scot throughout his career to date.

He said: “My mum was a forward and scored plenty of goals so I must have her instinct. Both my mum, brother and girlfriend are my biggest supporters and no matter what will encourage me.

“My dad has also always been my biggest critic and always expects better but has always pushed me to be better and prove myself and help make me the player I am today. I am overwhelmed to be named player of the year.”

Ahead of a big 12 months, he added: “It has been a great year with Surbiton, Scotland and Great Britain. There are some big tournaments coming up with the Pro League (GB), A division (Scotland) and the Euro Hockey League with Surbiton and I can’t wait to get started.”

Ansley, also 26, is rewarded for another stellar year in England’s defence. In the voting, she headed a Surbiton clean sweep in the top three ahead of Hollie Pearne-Webb, last year’s winner, and Hannah Martin to claim the prize.

Ansley, top goalscorer in the Investec Women’s Premier Division for the past two seasons, said: “I am incredibly honoured to receive this award from the Hockey Writers’ Club after what has been another brilliant year for our sport in this country.

“To play at a home World Cup in front of thousands of fans last summer is something I will never forget and to all those who made that possible I am forever grateful.

“Whilst maybe our results as the women’s team this year weren’t exactly as we hoped and dreamed, we have learnt a lot from the experiences gained and we are looking forward to a very busy year in 2019.

“The FIH Pro League kicks off in a matter of days and Olympic qualification is at stake so it’s set to be another exciting year.”