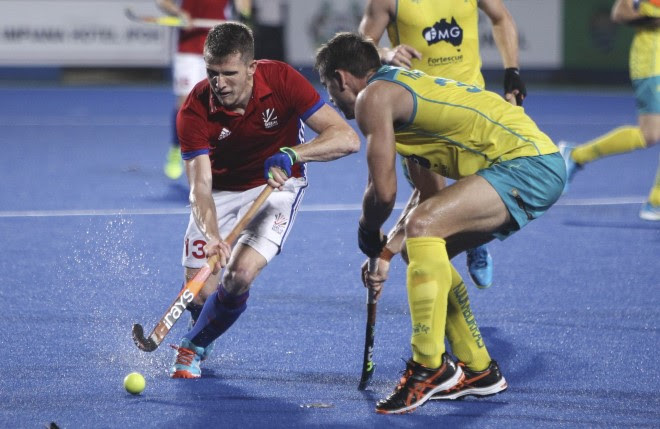 When it comes to the greatest hockey players of the 21st century, there’s a long list. After all, field hockey has been around for thousands of years, even predating ice hockey. It is played worldwide and is especially popular in Europe, India, and Pakistan today. Below, we’ll take a look at a few of the best players from this century.

Dwyer has had a long and successful career, and is widely considered to be one of the best male players in the game right now. At the start of his senior career, he played for the Queensland Blades and Bloemendaal, and he is currently the captain of the Punjab Warriors. Over the course of his career, he has scored more than 200 goals and won numerous awards and honors. Some of his achievements worth noting are his representation of Australia in the 2004, 2008, and 2012 Summer Olympics, where he won gold and bronze medals. He also won gold medals at the 2006 and 2010 Commonwealth Games and the 2010 Men’s Hockey World Cup. He even was inducted into the Australian Institute of Sport’s “Best of the Best.” In his spare time, he frequently coaches youth hockey leagues.

This Dutch player is one of the best female players around right now, and has had a whirlwind career thus far. During her senior career, she has played for the Stichtsche Cricket en Hockey Club (SCHC) and Amsterdamsche Hockey & Bandy Club (AH&BC). She has also played for the Netherlands’ national women’s team. She has participated in numerous Olympic Games, World Cups, EuroHockey Nations Championships, and Hockey Champions Trophy tournaments. More specifically, she has won two Olympic gold medals (2008 and 2012) and won one Olympic silver medal (2016). Hoog even was named the 2014 International Hockey Federation Player of the Year. Despite all of her success, she still hasn’t received a lot of the recognition that she deserves — but she hopes this will change as her team continues to perform well and women’s sports gain in popularity.

Now retired, this Argentinian player is seen as the greatest female hockey player in the history of the sport. She has received the FIH Player of the Year Award eight times, and is the only player to have earned that. In her youth career she played for Club Atlético Fisherton and Jockey Club de Rosario. During her senior career she played for KTHC Stadion Rot-Weiss, Real Club de Polo de Barcelona, Quilmes Atlético Club, Club de Gimnasia y Esgrima (GEBA), and Argentina’s national women’s team. Over the years, she has won two silver and two bronze Olympic medals, two gold medals at the World Cup, six gold medals at the Hockey Champions Trophy tournament, and three gold medals at the Pan American Cup, among numerous other medals. Since her retirement roughly five years ago, Aymar has been enjoying the calmer life that retirement has given her. If you’re interested in learning more about her, a documentary about her incredible life and career was released by Netflix last year.

Life at the Pro Level

Like most professional sports, being a pro hockey player is extremely demanding and exhausting. After her retirement, Aymar revealed that her success came with a price: she hadn’t slept in 20 years, struggled with the demands of the game, frequently isolated herself, and struggled to relax before and during games. These issues are not uncommon in the world of professional sports, which is why many athletes find that playing games of strategy in their down time can both help them relax and help them strengthen their game on the field, by helping them to sharpen their minds, relax their minds, trust their abilities, and make the best possible play every time. But other athletes find that simple mental exercises, such as positive thinking and big-picture thinking, can help with confidence and anxiety on and off the field.

In addition to the mental toll that comes with being a pro athlete, the demanding training schedules and strict diets can often make players feel worse instead of better. So if you ever thought that life at the pro level would be easy, think again.