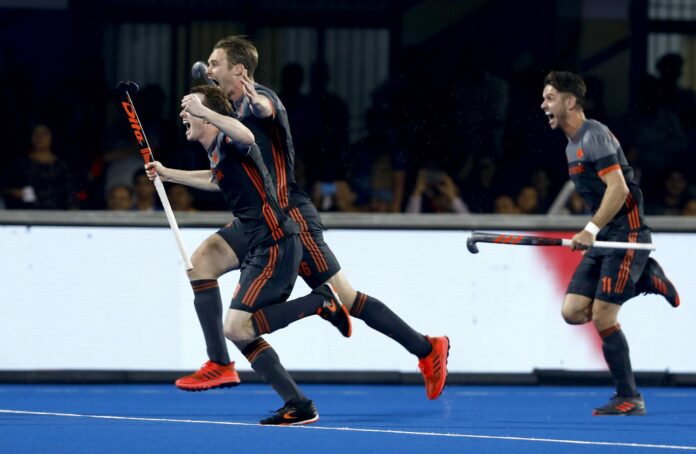 For Australia and England, how do they come back less than 24 hours later and repeat for bronze?

It will be a brutally physical test today – and for the finalists Belgium and the Netherlands.

England wilted 6-0 and Australia lost 4-3 on a sudden death shoot out to the Dutch and with it their bid for an unprecedented hat-trick of titles.

Defeat for the Kookaburras did feature one of the great World Cup goals when Eddie Ockenden cut off an aerial, was then fed a return pass in the circle before seeing his shot go in off defender and goalkeeper with 26 second remaining.

But the stunned Oranje were indebted their goalkeeper, man-of-the-match Pirmin Blaak, who then made a key last save in a dramatic sudden death victory. It had finished 2-2 in normal time.

Blaak was in blazing form between the posts. He thrust hands and boots out to deny Australia making headway in normal time and then proved the stand out in the shoot out.

What an advert it was for world hockey. The Dutch will be slight favourites now to win their first title in 20 years. Belgium will going for their first world title, after reaching the Olympic and EuroHockey finals since 2016.

With a lengthy three-week World Cup which bizarrely allowed for a prolonged Pool stage and then back-to-back matches for the final four, let’s hope that they heavyweight showdown between Europe’s current best remains that.

Skill, pace and finesse with two of the best zonal set ups in the game is what lies in store. Don’t miss out.

England have finished fourth at the last two World Cups, with midfielder Barry Middleton playing on both occasions.

‘There is a medal on the line. This is what we do as sports people, we get over setbacks.’ 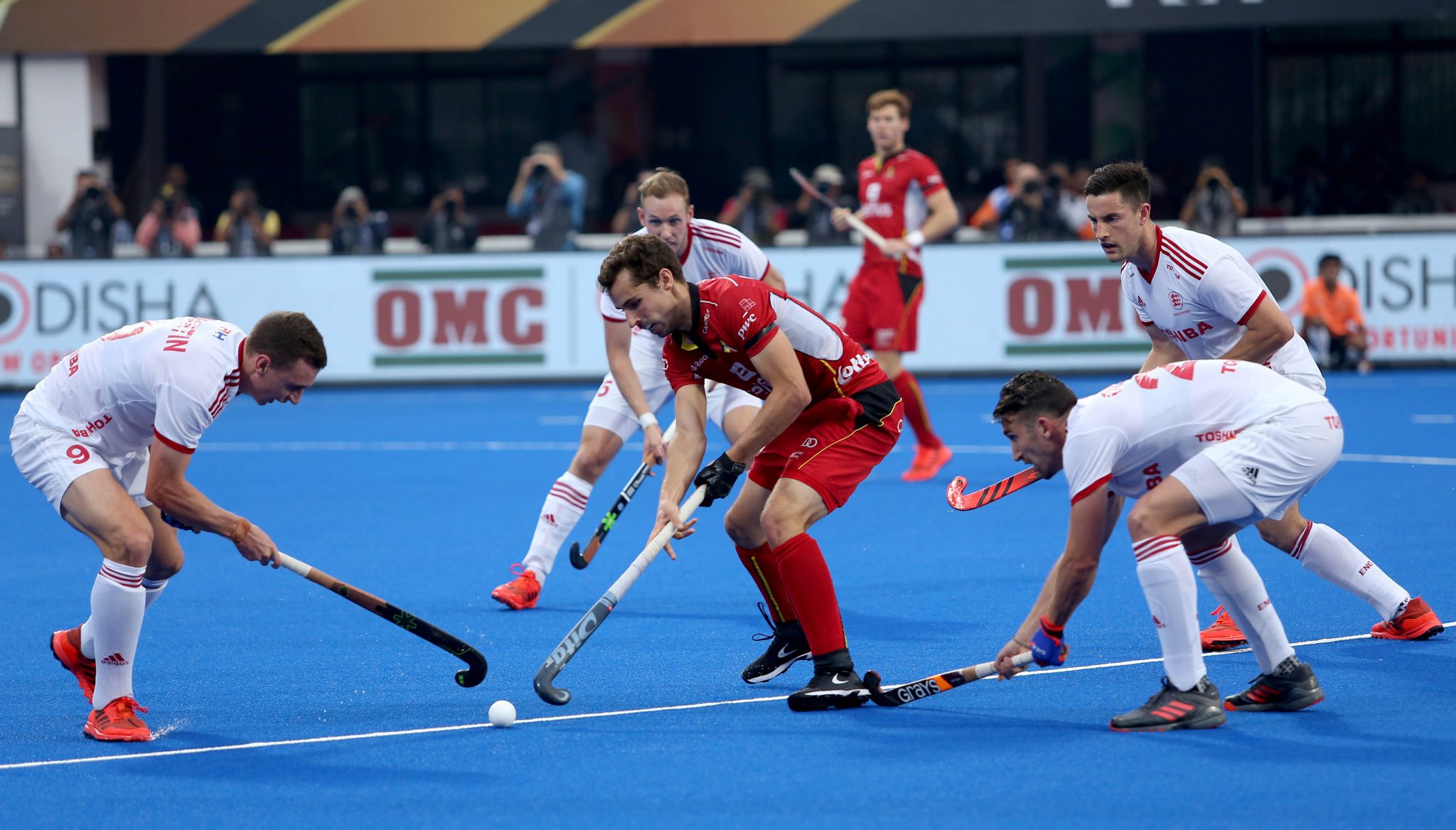 Middleton said that the scoreline wasn’t as ‘crazy’ as it looked.

‘It felt we had a bit of control but we needed a bit more intensity and zip in the first half.

Mark Gleghorne added: ‘They were better than us but the annoying this is we just didn’t show up today. You can’t afford to be flat against a team like that.

“We have to get back playing to the level we played in the previous games.”

“We just said to each other that we won. But we know we gave the game away with 30 seconds to go. We realised we need to stay down to Earth. We need to be even better tomorrow if we want to win the trophy,”

“But you know how Holland play, there’s a lot of zonal stuff going on there. So it’s really a nice compliment to our team. So we have to be innovative and keep going one step ahead of others. Hopefully, they will continue to try to catch up rather than passing us.”