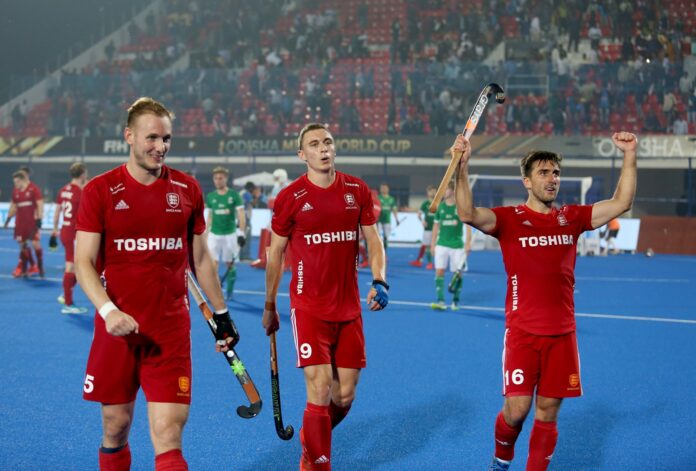 Bhubaneswar – Midfielder Barry Middleton hailed the cool heads of his England team-mates after they won through 4-2 in a breathless and wild encounter on Friday night to keep their sub-continental hopes alive and send Ireland packing from their first World Cup since 1990.

Liam Ansell’s brilliant second-half strike set the tone for England’s first victory of their campaign during a frenetic third quarter which saw four goals in as many minutes.It was pinball stuff.

England then held on in a nervy final five minutes to set up a crossover match against New Zealand on Monday before the quarter-finals, the winner facing Olympic champions Argentina.

“We had intensity and we were calm in our heads. It came down to a crazy five minutes,” said Middleton, playing in his fourth World Cup.

Middleton had laid down a marker when he hustled Conor Harte off the ball in the opening exchanges. There were lively runs from Ansell and Liam Sanford, while Ireland looked tense and unable to move forward with any real substance.

In a pre-billed grudge match, the only sign of any tempers flaring came when Harte and David Condon locked shoulders unintentionally, with both spoken to by the umpire. It was left for hockey to do the talking as England’s purpose proved their catalyst.

Middleton added: “What we did well, the whole game was the pressure game. There were some big moments. They tried to come back at us and we killed their momentum.

“In this format when it starts to get down to results, people start to get nervous. We were controlled and a bit more committed.”

England led through Condon’s instinctive 15th minute strike during a first half where Ireland failed to make any circle entries.

But the game came alive in the 35th minute when Chris Cargo’s weighted pass went straight into England’s goal.

With the next attack, the impressive David Ames’ deft pass found Ansell, who unleashed from a tight angle to beat David Harte at his near post. 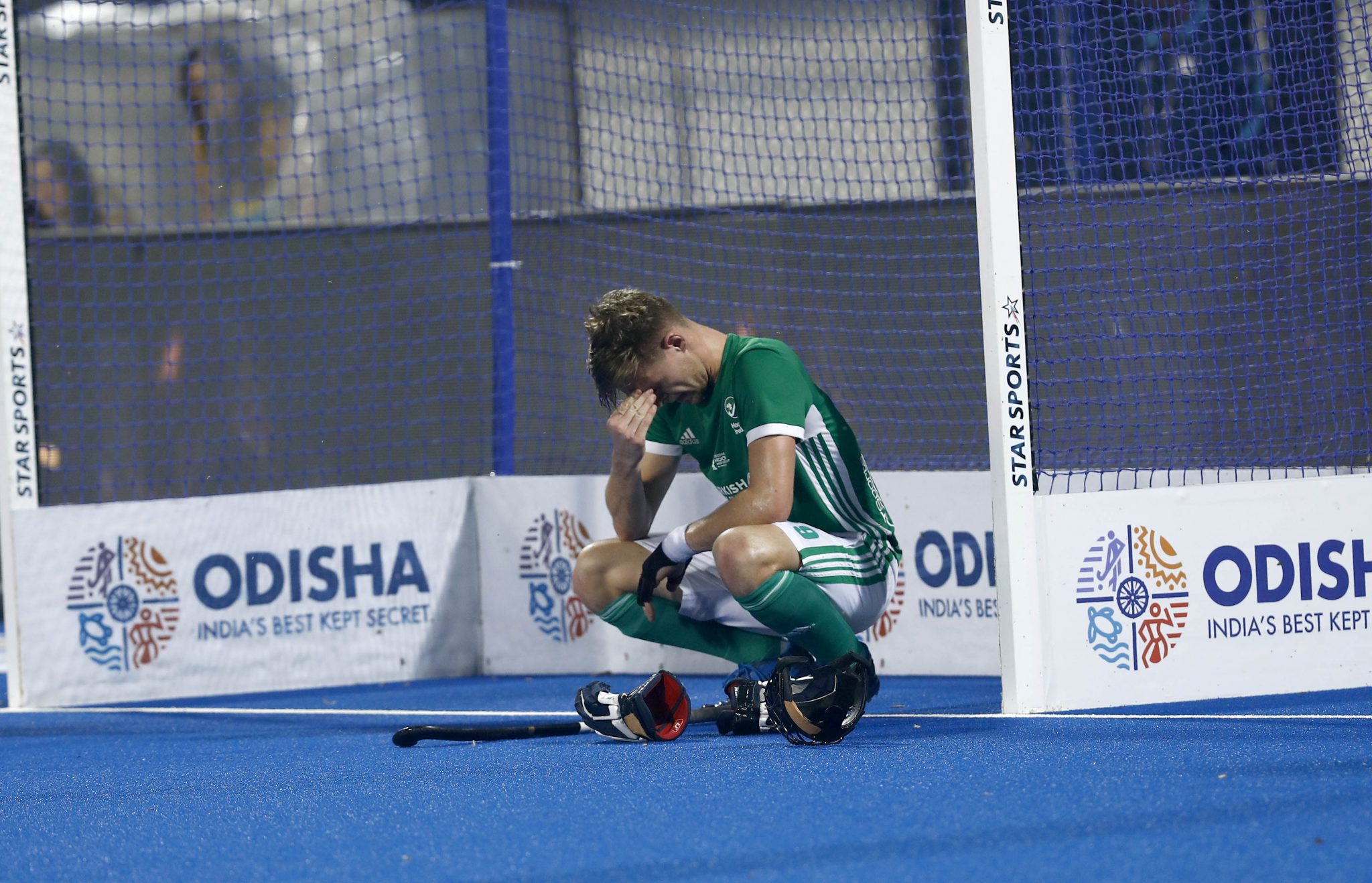 Green shirts were now a constant presence in the England circle and Shane O’Donoghue struck with his second penalty corner attempt to break the Irish goals record.

Back came England and, in the 38th minute, James Gall’s stick deflection from Sanford’s fizzing through ball looped into the top corner.

The goal frenzy dried up but with time ticking Ireland took off Harte and sent on a kicking back for their final onslaught, but couldn’t make the extra man pay. The game was killed off when Mark Gleghorne scored from a penalty corner with the last strike of the game.

Sanford, who impressed with some bulldozer-like runs out of defence, said: “I don’t think I’ve been involved in such a competitive game.

“It was such a good game with goals and it flowed in momentum in different ways. It was an incredible atmosphere.”

David Harte, Ireland’s captain, admitted: “I’m heartbroken and so disappointed. I am so proud of how they’ve played but ultimately we’ve come up short.

“It’s the small details at the top level and it’s gut-wrenching.”