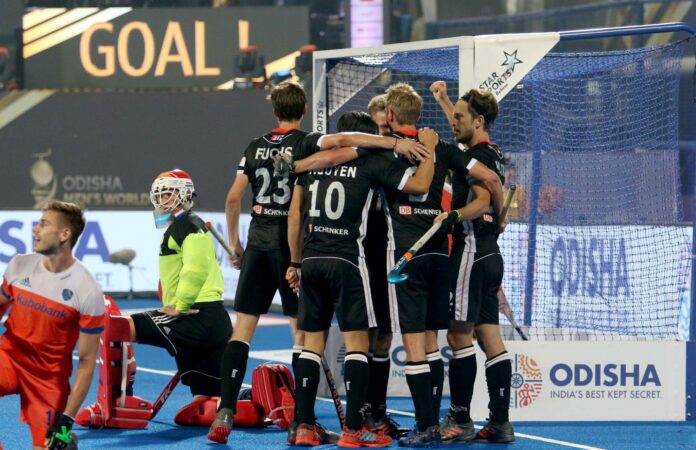 Germany, the two-time champions, charged to a scintillating 4-1 win in their Pool D World Cup clash on Wednesday to underline their credentials as one of the favourites for the 2018 edition.

Germany clawed back a Valentin Verga first-half strike after dominant Dutch possession with an unstoppable barrage of counter-attacking hockey, mainly in the fourth quarter.

Goals from Mathias Muller (30), Lukas Windfeder (52), Marco Miltkau and Christopher Ruhr (58) did for the 1998 world champions in a ruthless, efficient display.

“I don’t know if it’s just a German thing, but if you are confident and you know you have good players and quick enough to give one chance for a penalty corner and for a goal, then you don’t have to play with risk,” said Tobias Hauke. “You can keep cool and wait for two or three chances. And that’s what happened today.”

Hauke said Germany’s hockey ethos had changed since Rio 2016, with more attack-minded players such as Mats Grambusch, mixed in with a stonewall German defence. It made for a good combination, added Hauke.

“We had a good game with good counter attacks,” added Hauke.

“It was great for the individual players to get their touches and the corners, especially for the younger players in the striker line. That’s more important than players as a group with 80 per cent ball position.” 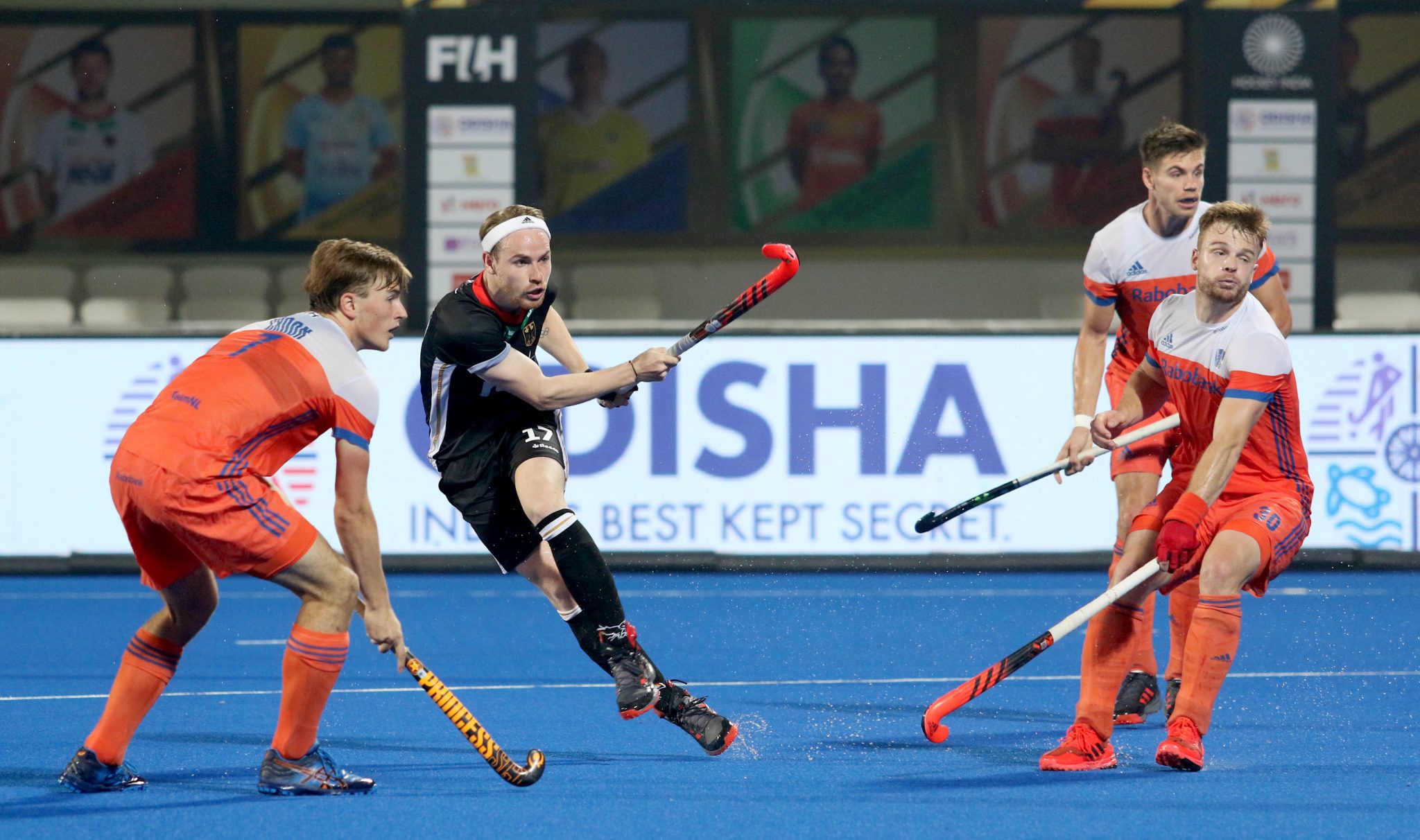 The Netherlands saw four penalty corners go begging, while Germany made sure of their own when Windfeder’s low strike found the net. Minutes later, Wellen, impressive all night, found Miltkau who deflected in.

There was still time for more. With Dutch heads dropping, Ruhr converted from the penalty spot to add further gloss.

“We were in control at three quarter time but we weren’t playing great,” said Dutch coach Max Caldas. “We went too fast into trying to solve things on our own, instead of as a team at 2-1. When the sharpness is not there, against good teams, you will struggle.”