Hockey World Cup: Netherlands can be kings of Kalinga after 20-year hiatus 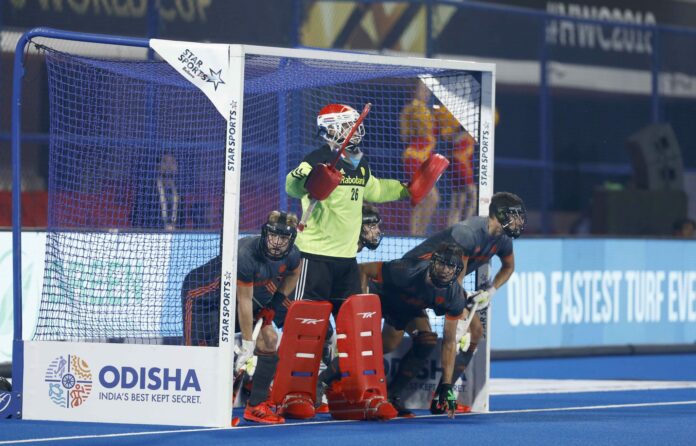 Greater tests will come for Max Caldas’ side, but already they look in sync at this World Cup to deal with them.

Their 7-0 routing of Malaysia was the performance of the first round of Pool games. It could have been double figures too if Mink van der Weerden had netted more than his solitary PC strike from their eight set-piece chances.

Chasing their first world title in 20 years – and watched on yesterday by Malaysia coach Roelant Oltmans, the Dutchman who coached the country of his birth to 1998 success – the signs do indeed look good for the Dutch as they aim to add the sport’s showpiece to their European title.

A Dutch attacking line in full, creative flow is a fine thing to watch. Think All Blacks in rhythm, Barcelona or Manchester City or any Pep Guardiola team unlocking less adept defences, as some of the English newspapers suggested when covering the women’s World Cup this summer. Not bad for men hockey’s world No 4 team.

Billy Bakker, the captain, is the standout with his lean build and balding hair and flair moving forwards. Seve van Ass is always impressive. As too is the team’s movement in the D.

Against Malaysia, there were several moments in the first-half when their final third movement saw little time for the pause button. One touch, ball always on its way to an opponent, usually in space.

The best of the Netherlands’ seven was a second from Jeroen Hertzberger, who was there at the far post with angled run and a lovely touch on the reverse.

There was a case for Hertzberger’s hat-trick though, a solo run, one-handed, to fend off his defender, and a low reverse at the top of the circle.

“We like to share the workload, we do have skillful players one v one, but the key is not to play alone but with each other,” their coach Max Caldas said.

Their form is undoubted, with Hertzberger back after a period in the international wilderness, their world title credentials have also increased.

One senses they also have a point to prove after the green and gold undid them in front of royalty and country in The Hague four years ago. The Dutch, after this 60-minute showing, have the game to be the kings of Kalinga.