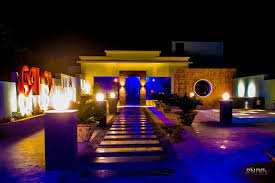 England have attempted to ward off sickness by renting their own restaurant at the men’s World Cup.

England officials have flown out their own chef for the three-week campaign and will be accompanied to Smog Restaurant by extra security for each of their meals.

It follows previous tournaments in Bhubaneswar where teams have been blighted by illness and mystery bugs.

“My strong sense is that it will work,” coach Danny Kerry said of the health plan.

The plan was the brainwave of Ed Barney, England Hockey’s performance director.

He said: “India is an exciting and vibrant place to be. We thoroughly enjoy the culture, warm welcome and great hospitality and this year we have taken the opportunity to have some bespoke dining.”

This will be Kerry’s second World Cup of the year after leaving the women’s job following England’s quarter-final exit to Holland in London.

England play China on Friday in their opening Pool match. Australia and Ireland will pose bigger tests in their attempt to qualify outright for the quarter-finals.

This news story is a trimmed version from our opening World Cup newsletter on Wednesday.