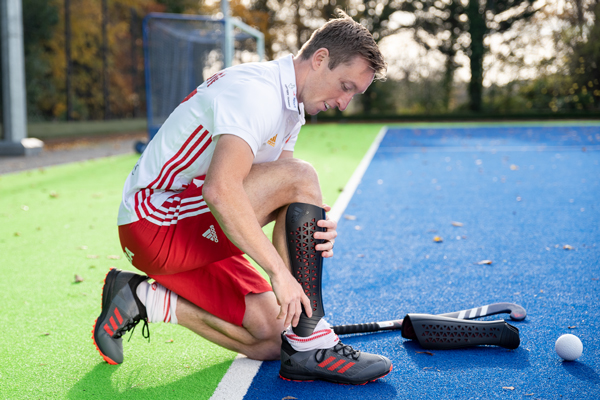 The retiring Barry Middleton should rightly be feted as one of world hockey’s greats. Here, we chart his rise and speak to team-mates, coaches and friends.

With four World Cups and Olympics Games and an insatiable appetite to keep learning his craft, it is little wonder that Danny Kerry, the Olympic-winning coach, calls Barry Middleton a “scholar of the game”.

To his team-mates and old club mates, coaches and friends, he’s lovable, modest and humble. He’s also deemed – remarkably – under-rated as a player. It seems an odd admission. For Middleton would still stroll into most top nations’ starting XI’s.

It has been this way ever since he was given first team opportunities at his beloved Doncaster HC as a 14-year-old.

His playing shirt may have been too large and the numbers on his back seemingly bigger than the sleight player which started out in the game. But given space and a stick, he simply cut through local teams. However, he never attempted to make people look silly on the pitch. Middleton was too good.

He was immersed in hockey from an early age by his parents, Roger and Sheila, who are still ‘part of the fabric’ of Doncaster HC; his father being a player and first team coach; his mother a first team ladies’ captain and both ran the junior section at the club. 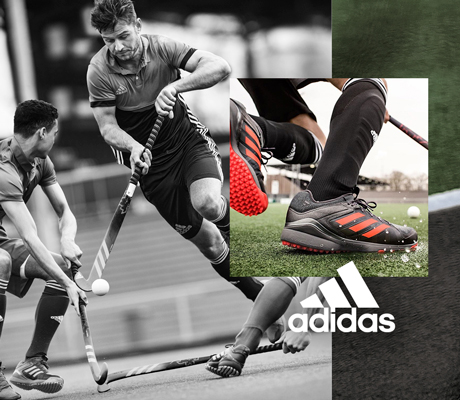 By the age of 10, he was the stand out young club player. “He was playing age group games and handing out master classes,” says Alan Stoves, who was to give Middleton his debut first-team cap.

“It wasn’t that he was so much better, he just loved the sport and he never made out he was above the rest.”

Middleton was ushered into the first team aged 14. Boy against man. But Middleton was never subjected to difficulties, on or off the pitch. He was just a popular member of the team and this seemed to transcend him. “He was just a team player,” adds Stoves.

He was sharp, with strength to match. Middleton wasn’t daunted and clearly revelled in the challenges laid out before him, out muscling adult Yorkshiremen with his nous and graft.

Middleton had the capacity to make the right decisions, even at such a tender age. On first sight of this sleek player, opponents believed that Doncaster were making up the numbers or just short of players that weekend. Soon they saw that he was playing by right. And running the game.

Away from the club, at his school, now Hall Cross Academy, Middleton’s team-mates were largely formed of rugby players. “He would make a pass to them and they would miss. Barry would make the same pass again, without success again. But he never got frustrated,” recalls Stoves. “He had an ability to be himself and never be arrogant.”

There were concerns that Middleton was playing too much at school, without the proper development. He waved away those fears. He just wanted to play with his friends.

His closest is still Jonathan Redfern. A Doncaster 1s player as a 15-year-old in the national league, thanks to the passion instilled by Middleton’s parents, nearly 20 years later Redfern is still playing for the club, via a few matches for Wales and now a regular part of the England over-35s. 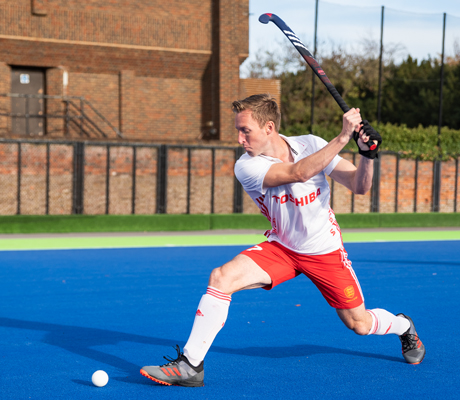 Redfern and Middleton were next door neighbours, when it was not uncommon for one of the two youngsters to knock on the wall to signal play time after tea.

“He never used to eat much and I would go round at tea time and finish it off,” jokes Redfern. Then it would be down to a succession of games, with Redfern usually found trailing in Middleton’s wake. “Time messing about with a ball. Hours spent messing about,” as Middleton tells it.

Says Redfern: “He had a snooker table in his conservatory. He would be a multiple break builder. He couldn’t be bowled in street cricket. At the cricket club, he was scoring centuries as a 10-year-old.”

Sport was his calling. So too the Middleton dog – Rusty – described by Redfern as “the most vicious mongrel in the world.”

“It used to go to Barry at his command and whenever I started beating him up he would call over the dog and he would be laughing his head off,” recalls Redfern, noting his friend’s “sharp humour”.

“Sometimes I would be leaving and Barry would suddenly announce that I had five seconds to leave. There I would be hurdling the gate to get away from Rusty, with tears in Barry’s eyes at the doorway!”

His happy childhood was entwined with his parents never heaping pressure on their son. Barry had to earn his stripes at the club, too. His father, a straight-talking Yorkshireman, let Stoves take over. “He didn’t ask for any favours and did everything on his own merit,” Stoves says of Barry’s entree to the first team.

Stoves chuckles with one anecdote between the two friends. Redfern liked to dribble. And in one game Stoves remembers, frustration spread through the team and he asked Middleton to get a dictionary and look up the word ‘pass’ and hand it to Redfern.

“He was so good to play with, but he was so unselfish,” recalls Redfern. “He would never go out to purposefully embarrass people on the pitch. He just found space and made people look daft.”

In Middleton’s first season, he didn’t start a game until the last match of the season when Doncaster travelled down to Lewes in the old Division 2 National League. However he did score the club’s 500th national league goal during it.

The Sussex side needed a win against mid-table Donny to see in promotion to the Premier Division. Middleton was one of the scorers that day, his first goal for the club aged 16, courtesy of a brilliant strike which ultimately sent Loughborough Students up to the top flight.

A few years later and Middleton was off to the same university, the north still proving his calling card and playing for Cannock, before receiving his international debut cap in 2003, aged 18.

Three years later he was off to Holland, HGC and the Hoofdklasse. That stint, says Middleton, “may be the reason why I haven’t got a full-time job.”

At the time, England and Great Britain were struggling on the global scene. Middleton and Company were travelling to tournaments with no chance of competing for tournament trophies.

Out in Holland, meanwhile, many were questioning whether Middleton could continue playing in England – and full-time for England. “There was no way I could stop playing for England and the amount of pride you take in it is too much,” says Middleton. One can sense this with the pride at holding up the 2009 European title in front of his team-mates as captain.

In 15 years, he has amassed plenty of broken bones: a broken toe, a broken shoulder, and a broken knuckle last year when he took six weeks off over Christmas. But, in that time, he has missed only one tournament.

“He keeps that drive and desire to get better,” says goalkeeper George Pinner. “He wants to improve and at his age of his career he’s not resting on his laurels. That’s incredibly inspiring to see. 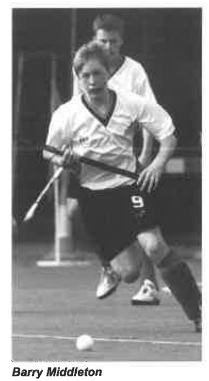 “He is so modest and humble in the way he handles himself around the group. He’s actually under-rated as a player. People don’t realise how good he is. You watch Barry and his ability to give and go and it makes hockey look quite a simple game.”

Phil Roper, one of England’s co-captains, says: “You are always learning lessons and the team comes first. He’s still one of the fittest and puts everything out there each session. He puts it out there and I aspire to do what Barry has done for his country.”

And there’s admiration too from Danny Kerry, the England and GB men’s coach, who now watches him from close-up after a decade and more witnessing his talent as performance director and from afar as women’s coach.

“He just genuinely loves the game. He’s a scholar of the game, the nuances and the discussions he has around hockey,” states Kerry.

“He is one of our leading athletes. You add to that his ability to perform under pressure and other every metric, and the guy is off the charts. I feel genuinely humble to have worked with him.

“It’s not on the pitch, it’s what you see off it: how he understands the game and talks to athletes and coaches. It’s the level of application in detail on the training ground and in every conversation. He is world class.”

This status has now seen the son of Doncaster accumulate well over 400 international caps – “I never set out to achieve this, but I always believed in myself,” says Middleton – and close in on the 453 set by Dutch great Teun de Nooijer.

It’s a supreme feat of longevity on a 34-year-old body which shows no sign of abating in the ever-increasing rigours of international hockey.

Meanwhile, De Nooijer’s eyes light up when speaking of a player who could break the record some time in 2019 or, perhaps, in Olympic year. He is certainly Great Britain’s most capped Olympian. 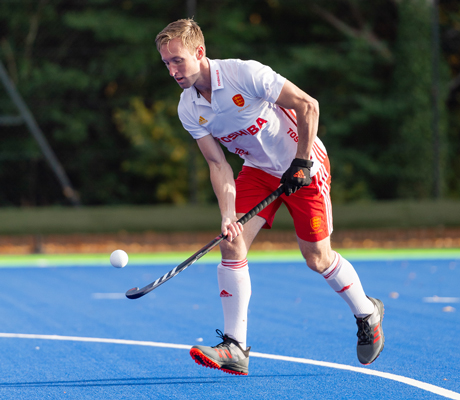 “Playing against him, he did things at speed that other people couldn’t,” recalls the Dutchman. “He was so good at attacking that he gave you space the other way, too. But you switch off for a second and you gave him the one chance and you soon worked out he was pretty special.”

Naturally, his close pal says it will be a “sad day for British hockey” when he eventually retires. “They will do well to find someone else with his level of commitment,” Jonathan Redfern adds.

Which includes regularly returning to Doncaster – he’s also played for East Grinstead and Holcombe during his club career – to play in the Old Boys’ team at Hall Cross as a season curtain-raiser. “We are exceptionally proud of him and most of our kids want to aspire to be him,” says Alan Stoves.

“You would never know that to look at him. That’s why he is so respected.

“He’s just a good Doncaster boy, with great parents and he’s gone on to achieve unbelievable things.” All done with a smile on his face. For the love of the game.