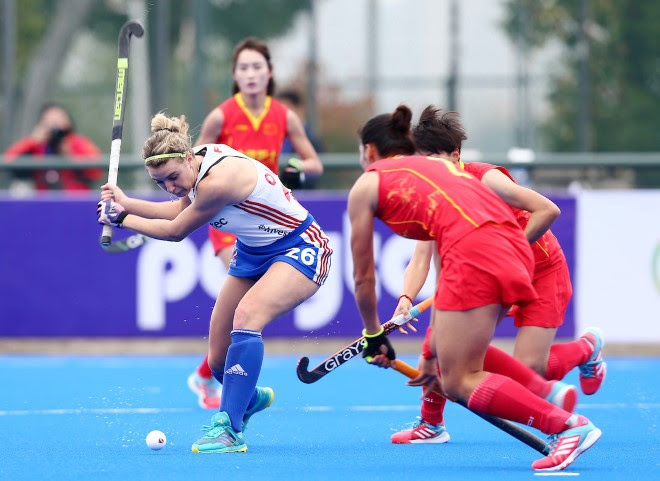 Great Britain had to dig deep as they twice came from behind to earn a draw in their Women’s Champions Trophy opener against hosts China.

This was Great Britain’s first tournament-proper since their Rio gold and are playing in Changzhou after qualifying as Olympic champions.

It is also a markedly different side, with plenty of new faces on show although Great Britain were indebted to two experienced faces in a 2-2 draw.

China took the lead through Xu Wenyu whose deflection from a penalty corner found its way past Sabbie Heesh in the GB goal in the first quarter.

With just five seconds remaining GB levelled through Hannah Martin, Sarah Jones producing a neat pass allowing her team-mate to round the keeper and fire home on the reverse.

However China were back in front as Peng Yang pounced on a rebound to slap home.

GB then levelled immediately as Lily Owsley produced an unstoppable strike into the top corner.

The second half saw both sides largely cancelling each other out as chances became few and far between, while China’s goalkeeper was forced into a smart stop to prevent David Ralph’s side from taking the lead.

Meanwhile Tess Howard was handed a green card on debut and Erica Sanders, who was also playing her first game, was full of running throughout.

Next up is Australia at 6am tomorrow, live on BT Sport 1 HD 📺 pic.twitter.com/0lBz1RU6Lc

There were some frantic moments in the closing stages and both sides pushed to grab a winner but the spoils were shared.

Australia started their 2018 Champions Trophy with victory after a 2-1 win over reigning champions Argentina.

Rosie Malone scored twice in a three-minute burst late in the first quarter for Australia, who had to withstand a barrage of second-half Argentine pressure to hang on for the points.

Japan held world champions Holland 1-1 until the final four minutes before the Dutch ran out 3-1 winners.