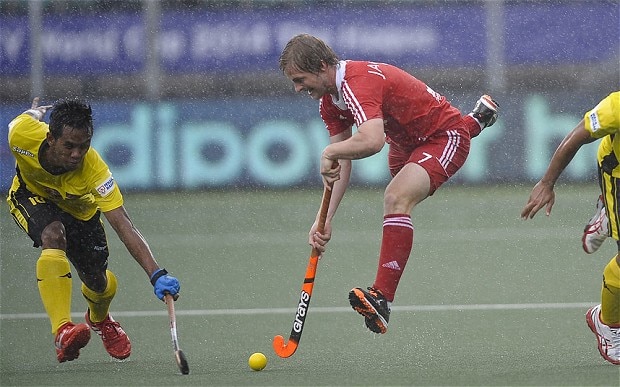 English Conference side Old Georgians have scored another significant coup after they announced the services of Ashley Jackson on Monday night.

Jackson, 31, is currently knocking in the goals for his Dutch side HGC, but the Hoofdklasse winter break has allowed the Weybridge-based club to sign Great Britain’s all-time leading scorer. Jackson has clearly got his hockey mojo back up and running.

With 12 goals in 11 games and leading the Hoofdklasse goalscoring tables, Jackson will now look to keep Old Georgians top of the Conference East table.

“Having witnessed Ashley first hand as a youngster playing against us for East Grinstead, it will be a pleasure to have him on our side,” a club statement read.

“It also allows the wider squad a unique opportunity to learn from someone who is rightly regarded as one of the best in the world at his trade.”

The Surrey side, founded only in 1995, are unbeaten after six games, with current England forward Sam Ward also playing for the club, which also features the likes of Dan Fox, Dan Shingles and James Tindall.

The Hockey Paper reported last month that GB coach Danny Kerry had made contact with Jackson to seek his views on a possible return to the international set up.

For that to happen, Jackson would have to return full-time to the UK.

His signing for Old Georgians could be the first step in realising a path towards Tokyo 2020.

Old Georgians are at home to Cambridge City this Sunday.