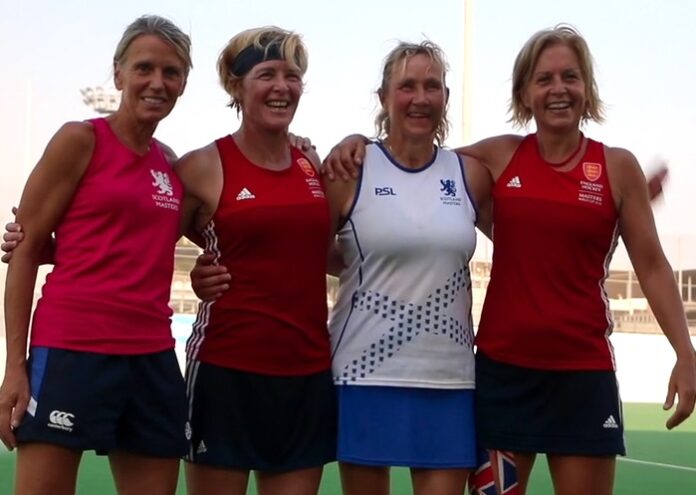 Two Great Britain Olympians have been showcased in a short film charting their experiences playing for Scotland at this summer’s Exin Masters Hockey World Cup.

Wendy Justice (Fraser) secured her 100th cap in GB’s bronze medal match at the 1992 Olympic Games in Spain – the last by a GB women’s side until London 2012 – and Alison Ramsay played 257 times for Scotland and GB.

Travelling back to Terrassa 26 years on from their Olympic success in Barcelona, the pair recalled their experiences as well as how the enjoyment still prevails when playing hockey as a Masters player.

They enjoyed meeting up with friends old and new – and rekindling their competitive spirit on the pitch.

“I remember thinking in the last minutes of the game, all the years of training has been worthwhile for this one moment,” Ramsay recalled of her bronze medal experience in ’92.

Justice said: “We played for Scotland together as youngsters and now elders.

“All these girls who didn’t get their Scotland opportunities then are getting it now.”

Alison’s team of Scotland Over 55s won bronze, while Wendy’s team just missed out on bronze.

The film also gives people an insight into the Masters, a thriving scene which continues to entice those over 40 to challenge themselves with some top class hockey.

After the success of the Masters World Cup, nations will next compete at the Masters European Cup in Belgium next June.