FIH Pro League: what you need to know 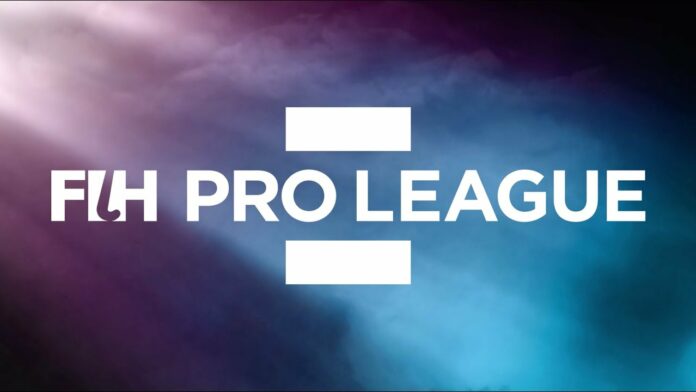 In the last few years, especially since the gold medal success of the GB women at the Rio Olympics, the popularity of hockey in Britain has sky rocketed. It’s little wonder, then, that there has already been lots of interest and excitement surrounding the brand new FIH Pro League international hockey tournament, beginning next year. If you’re a little behind the curve, however, we’re going to tell you everything you need to know about the competition.

The FIH Pro League is branded as a ‘ground-breaking, new, global hockey competition’. The league will run annually, and its first edition is set to begin in January of next year. Both a men’s and women’s league will run concurrently, with nine of the leading hockey playing nations represented in each league.

Argentina, Australia, Belgium, Germany, Great Britain, the Netherlands and New Zealand will feature in both the men’s and women’s leagues. China and the USA will then round out the women’s league, whilst Pakistan and Spain complete the field on the men’s side. The participants for the FIH Pro League have been guaranteed that they will remain in the tournament for at least four years.

Within each league, every team will play one another home and away, meaning that each side will play a total of 16 league games.

Once all of those games are completed, the top four sides in the women’s and men’s league will then progress to the Grand Final event. Those sides, too, will have guaranteed Olympic qualification for Tokyo 2020.

The Grand Final event, which represents the culmination of the FIH Pro League, takes place within a week of the final league games. At the Grand Final, the teams which finished first in their league will play those which finished fourth, whilst second place finishers will play third placed sides in straight knockout semi-finals. The results of those games will then determine the line-ups for two grand finals and two third place playoffs.

Who Are The Favourites?

In the men’s side of the tournament current world number one side Australia will have to be considered favourites, even though we couldn’t find tournament odds yet at any of these sites, with Argentina and Belgium a close second.

On the women’s side of the tournament, which includes China and the USA instead of Pakistan and Spain, Netherlands will start proceedings as the pre-tournament favourites with GB a close second with Australia and Argentina hot on their heals.

When it is: Fixtures & Schedule

The FIH Pro League is a truly global competition and as such is taking place all over the world, with matches in every competing country apart from Pakistan. In order to make things logistically simpler, the tournament will ‘follow the sun’. That means that southern hemisphere matches will be played in the earliest part of 2019 and then be followed later on by the northern hemisphere clashes.

Northern hemisphere matches begin immediately after the southern hemisphere ones are completed, with the first taking place on April 7th. They then continue apace in Belgium, the Netherlands, Germany and Great Britain (London for Team GB and Scotland for Pakistan) until June 23rd.

The competition’s Grand Final, which brings the whole tournament to a close will take place in the Netherlands on June 27th, 28th, 29th and 30th.

Due to the overall schedule of the FIH Pro League, both of Britain’s teams will play the vast majority of their away games (all bar the GB men’s game against Pakistan) before their first home fixture. The home fixtures are primarily due to take place at the Lee Valley Hockey and Tennis Centre in London.

That venue will host eight single internationals and three double-headers (where the men’s and women’s teams play back-to-back) between April 27th and June 15th. A final double-header will then be played at the Twickenham Stoop to complete both teams’ fixtures on the 23rd June.

How to Get Tickets

If the idea of the FIH Pro League has caught your imagination – and why wouldn’t it have? – you’ll probably want to know how you can get behind Team GB in person.

How do you Get Tickets?

The majority of FIH Pro League tickets for Britain’s matches will be allocated via a public ballot which has already taken place. Around 105,000 people submitted applications for tickets and those who were successful have now been given until 25th October to select and pay for the tickets they want.

What if you Missed the Ballot?

If you missed the main ticket ballot or were unsuccessful in it, there are a few other ways in which you may be able to buy tickets. Firstly, season tickets are on offer and are being marketed as a way to ‘Beat the Ballot’. These tickets are available on general sale and options are on offer for every GB fixture or for all fixtures of either the women’s or the men’s team.

Those fans who missed the ballot but don’t want to buy a full season ticket, may still be able to buy single game tickets from November 16th. On that date, any tickets not purchased by successful participants in the initial ticket ballot will be placed on general sale.

How Much do Tickets Cost?

Successful participants in the main ticket ballot will be able to pay so-called ‘Early Bird’ prices for their tickets. Those prices range from £13.50 to £40.50 for adults and £4.50 to £13.50 for under 18s. Any tickets going on general sale from November 16th will be priced at so-called ‘Advance’ prices. Adults will pay between £15 and £45, whilst child tickets will cost from £5.00 to £15.50. If any tickets remain available for purchase at the gate on game days, they will be 10% more expensive than the ‘Advance’ price.