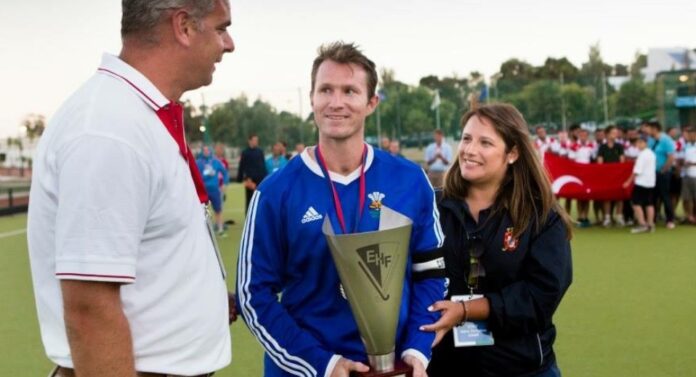 David Kettle, Wales’ most capped goalkeeper, has announced his retirement from international hockey after a distinguished career between the posts.

‘Dragon’ Kettle, who first represented Wales as a 14-year-old, made his debut in 2009 during a World Cup qualifying tournament, played 106 times and co-captained Wales for four years.

Earlier this year he bravely opened up about his depression and how sport could do more to support athletes. Since then, UK Sport has announced plans to launch a comprehensive mental health strategy, including a new head of mental health role.

On the field, Kettle played a key role in propelling Wales to the top tier of EuroHockey last year, but felt the time was right to step aside ahead of the 2019 Championships.

He said: “As custodians of the shirt, we always talk about leaving things in a better place than when we started. I can move on with my head held high knowing that we are now one of the top eight teams in Europe and have gone toe to toe with some of the world’s best sides.

“I’m incredibly proud of what this young side has achieved and I have no doubt they will take Wales to even greater heights in the future.

Reflecting on his career, Kettle added: “Obviously competing in the 2014 and 2018 commonwealth games was a real highlight.

“I was incredibly proud to captain the side for 4 years but it is the friendships I have made and the stories we share that I will cherish the most.”

Kettle has played for Cannock, East Grinstead and Surbiton in the Euro Hockey League, as well as time spent in the Malaysian and Australian Hockey Leagues. However, he will now take a complete break from the game to concentrate on his financial career and other pursuits.

In May Kettle opened up to the BBC on battling mental health problems, which initially saw him step away from international hockey. Kettle was overwhelmed by the response last May.

Wales men’s head coach, Zak Jones, said: “He has been a huge and integral part of the squad over the past few years and has been instrumental in helping to develop the squads ability to truly compete with the higher ranked nations.

“I would like to take this opportunity to formally thank him for everything he has contributed to the programme and Welsh Hockey as a whole over the years and also to wish him all the very best for the future, both personally and professionally.”