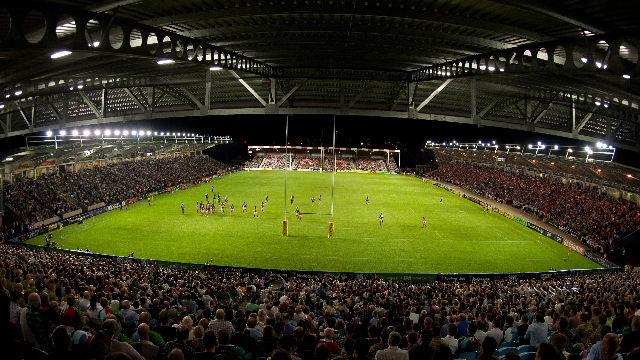 Great Britain Hockey has ceded to ticketing demand for the looming FIH Pro League and moved a double header fixture to Twickenham Stoop, the home of Harlequins Rugby.

The ground will host the final round of Pro League fixtures in the new elite tournament, which launches in January, when GB men and women play New Zealand on June 23 in London.

It is likely that Quins’ near 15,000 capacity will be sold out given that GB Hockey has been forced to move venues, doubling in size  from its existing Lee Valley venue for the day. It means that the NZ matches will be the highest attendance for a hockey fixture since the London 2012 Olympics.

Ground-breaking technology will see an artificial pitch laid on top of the existing grass surface for the two matches.

This won’t be the first time that hockey has used other sporting arenas to transcend the sport. Luton and QPR have been used over the years when the two football clubs had artificial pitches. Lord’s cricket ground was also used when the sport was played on grass.

According to a release issued on Monday, 12 of Great Britain’s sixteen fixtures across men and women in the Pro League were oversubscribed in the ticket ballot, with more than 105,000 tickets applied for.

Nine teams will participate in the men’s and women’s Pro League, which runs from January to June and acts as an Olympic qualification route. BT Sport will also broadcast the matches in the UK.

While there is a clamour for tickets in the south, the Pro League hit a crisis earlier on Monday after Scottish Hockey severed ties with Pakistan to host its men’s matches in Glasgow.