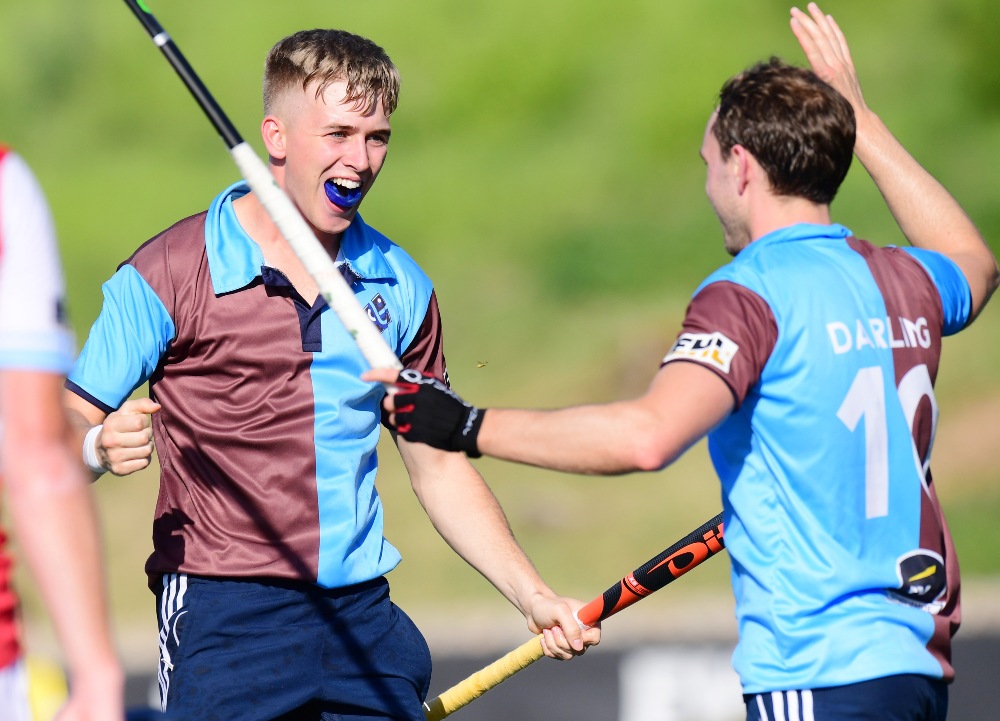 Three Rock Rovers produced the biggest win by an Irish club in EHL history as they smashed Racing Club de France 6-0 in Barcelona and give them a great chance of reaching the last 16.

It was tighter, though, than the scoreline suggests as Rovers edged into a 1-0 half-time lead thanks to Conor Empey’s accurate shot.

Daragh Walsh’s corner deflection gave them some breathing room before they ran riot in the last quarter with Mitch Darling adding a double with Mark English and Ross Canning scoring in the last five minutes.

It means a win against Spanish hosts Junior FC on Saturday afternoon will see Rovers through to the knock-out KO16 rounds next Easter.

“The late goals probably sugar-coated it a little,” Darling said after the win. “It was a tight enough affair but it does give us extra confidence going into tomorrow. It’s all guns blazing now.

“We have been playing good hockey in the Irish league but the finishing touch hasn’t been there. It was today and what a stage to do it.”

Wimbledon produced an exceptional first half performance to beat Dinamo Elektrostal 5-2 and set up a potential group decider with Mannheimer HC on Sunday.

Eugene Malthouse set them on their way with a lovely turn and shot in the seventh minute to break the deadlock. Dinamo looked dangerous on the break in the second quarter but once they went two goals behind, they fell apart to a certain extent.

It came from an Iain Lewers penalty stroke after a corner ended up hitting a body on the line. From there, Wimbledon were able to pick apart the Russians with their superior speed on the move.

Jonathan Codling got the third when he tipped in at the near post and Ian Sloan cleaned up a mid-circle chance which Dinamo were unable to clear.

Phil Roper got a beautiful fifth goal when he intercepted a crossfield overheard, not waiting for the ball to full drop as he volleyed home a glorious shot for 5-0.

Nikita Dvoretskii scrambled one in just before half-time but it already looked like the result was beyond Elektrostal. The third quarter saw a stalemate with the score remaining 5-1 into the final quarter.

And they got another back with 10 minutes to go with Mikhail Proskuriakov cutting in from the left and sneaking a shot past James Bailey’s stick side but the unlikely comeback was too far away from becoming a reality.

SV Arminen picked off Grange 4-1 with a dominant performance to start their EHL campaign in brilliant fashion, beating the Scots with something to spare.

WKS Grunwald Poznan gave themselves a perfect start to their weekend as their experience told against newcomers HC Minsk 2-1 in the opening match in Barcelona.