Spanish hockey continues to make hay in a football-obsessed nation. Real Sociedad’s hockey team had a weekend to remember when they were paraded at Real Sociedad FC’s home ground before their La Liga clash with Valencia.

The club’s hockey team won the Spanish league in June in Barcelona and the football club duly celebrated the moment on Saturday in front of their fans and a standing ovation.

Club captain Itxaso Sánchez, their 27-year-old defender, was handed ceremonial kick off duties with her stick before the team watched from the VIP seats and president Jokin Aperribay gave each player a gift.

Spanish hockey has certainly been on a high since the national team won bronze at the women’s World Cup in London.

Lexus, Toyota’s premium brand, is continuing to make a name in Spanish hockey and has clearly latched on to the success of Adrian Lock’s side.

After announcing a deal to sponsor SPV Complutense HC in July, the automative brand inked a deal with the Royal Spanish Hockey Federation (RFEF) to become official sponsor across the game.

The company now wants to “enhance its reach in sports”.

“Hockey is a sport with which the brand feels fully identified. And with which it feels proud of being able to collaborate”, said a statement.

Lock said in the aftermath of Spain’s brilliant London performance that he was hoping for extra funding. And this might pave the way towards that.

Speaking recently on their summer success, Lock recalled: “After the first games of the group stage we realised that a mistake was expensive. 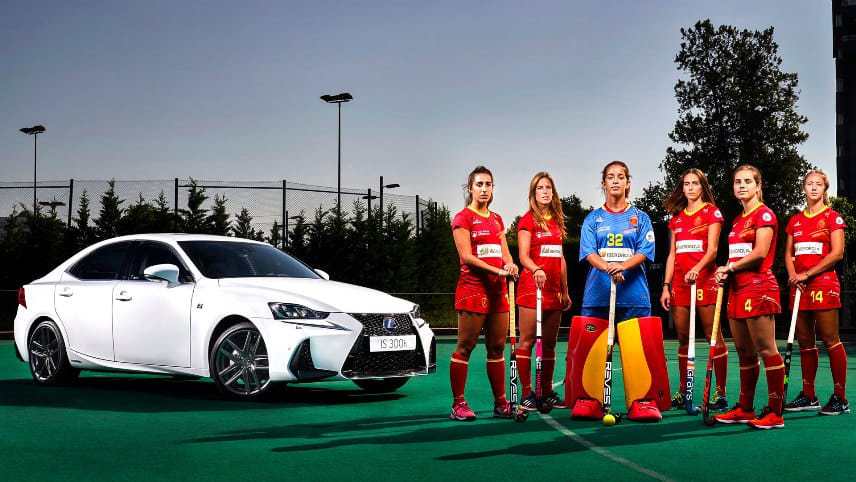 “We had to go to the field thinking that the games were 60 minutes and we had to be at 100 per cent every minute.”

Meanwhile, social media pictures have also indicated that Lock has gone for a new image by cutting off his flowing locks and stubble.