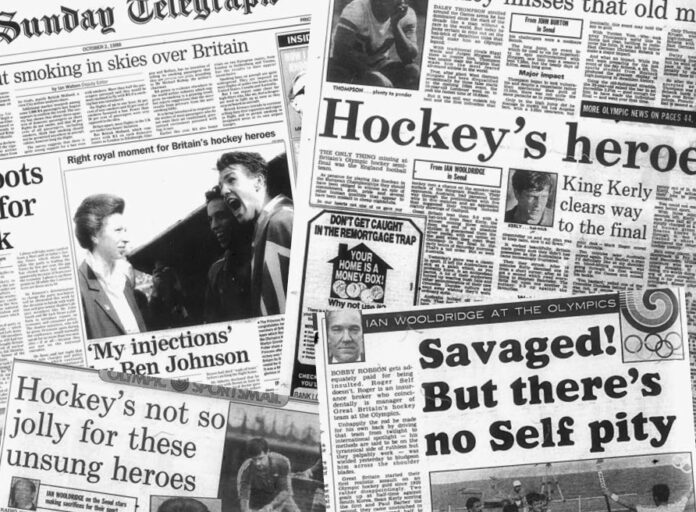 Danny Kerry’s first match in charge of the Great Britain men’s team will fall against the backdrop of one of the nation’s finest sporting moments.

Great Britain’s match against Belgium on October 3 will mark 30 years since the late Roger Self’s side famously beat West Germany to win Olympic gold in 1988.

A book recounting the gold, written by The Hockey Paper editor Rod Gilmour, has also been published to commemorate the 30th anniversary.

Little to the team’s knowledge, the final caught the British public’s imagination and Seoul Glow: The story behind Great Britain’s 1988 hockey gold (Pitch Publishing) aims to bring the story to life.

After Sean Kerly’s semi-final heroics and Imran Sherwani’s double in the final, BBC commentator Barry Davies uttered the now infamous line: “Where were the Germans? But, frankly, who cares?”

Victory for a team of amateurs, who had either quit their jobs or taken holiday to play in Seoul, propelled the team to celebratory heights on their return to British shores.

It was GB’s first hockey gold in the post-War era and followed an eight-year plan for a major title.

Seoul Glow also reveals how the team was inspirationally led by Self, the manager who gelled his players into Olympic title holders.

The story of Self’s ‘no nonsense’ approach is also told exclusively for the first time.

Several 1988 stars, including Davies, will attend the GB match, coming two days after the exact anniversary of October 1.

The Anniversary International, in partnership with Toshiba TVs, takes place at Lee Valley Hockey and will also be streamed live by BBC Sport.

If the match has a friendly air to it, the evening will be anything but, with Kerry eager for an opening win and the two teams vying for bragging rights ahead of the upcoming men’s World Cup in India