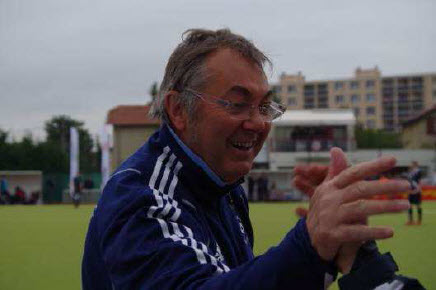 Pascal Poulenc has retired after 35 years service at the French hockey federation with the lasting memory of beating England at Wembley.

Poulenc, a former Saint Germain coach, signed off this month after holding down many positions with the federation, most recently as a technical officer.

But he admitted that one of his standout memories remained as coach of the French women’s team when they travelled to England in early 1991.

“I had just been named at the head of the French Women’s Team and we went to England in March to play a France-England on natural grass at the legendary Wembley Stadium,” he recalled.

“Each year, the English association rented the sports venue to compete in a prestigious meeting to fund the international season of the national women’s team.

“These live BBC broadcasts could attract more than 50,000 spectators, mostly spectators from schools across the country. France had the privilege of being invited for the last edition.

“The English were persuaded to finish on a big victory against us but we realised the perfect hold-up: a 2-1 victory with a heroic defence.”

Meanwhile, French hockey is continuing its work towards the Paris 2024 Olympics.

The federation has also tasked the men’s national side to a top 10 finish at the upcoming World Cup in India.