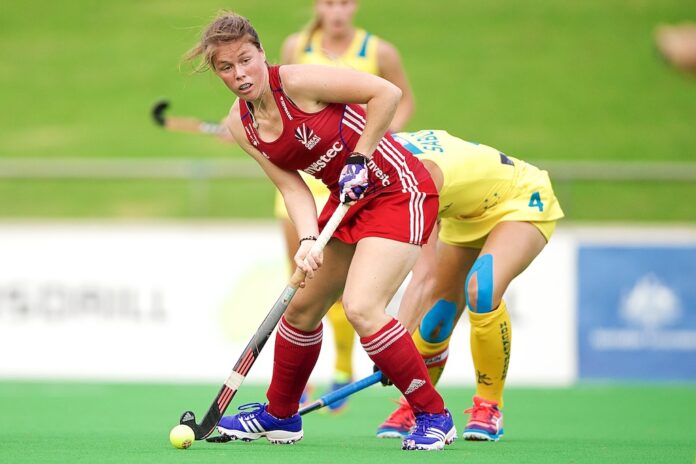 After a summer leading the sustainability programme at the World Cup, The Hockey Paper speaks to Joie Leigh as she embarks on a stint playing in Europe

Joie Leigh believes she still has the desire to play international hockey when she begins her Dutch journey in the Hoofdklasse this season. The 25-year-old from Yorkshire also says that she is a “richer, wiser” person after enduring an array of highs and lows over the last few years.

Leigh left the England Hockey central programme at the start of the year. It was a piece of news which went unreported, a surprise given that the Clifton player is still regarded as one of England’s most talented forwards.

Amsterdam-based Hurley will be the beneficiary this season, with Leigh ready to delve into a new life abroad and after missing another major tournament at international level.

The Women’s World Cup may be a lingering memory for many as the domestic club season resumes across Europe, but Leigh still has reason to look back with satisfacton for the role she played in London.

She took off on holiday for the tournament but was still a ‘presence’ in July and August after her voluntary work as the World Cup’s sustainability manager.

It was an idea conceived last September, with Leigh passionate about looking after the environment in a more sustainable and sufficient manner.

“It’s more about making better choices rather than limiting anything,” she told The Hockey Paper in an interview before the World Cup.

“The options are out there, it’s just a case of being aware of them and choosing them.”

The tournament organisers saw the same ideals and for Leigh it was a perfect combination of values to put on her limited CV being a professional athlete.

She had no prior experience before starting but used the skills as an athlete to get the right people on board before handing over to a Hockey Maker for the tournament itself. Her targets of reducing single use plastic to zero were met with success, while the importance of recycling was also highlighted during the event.

Her passion will also continue in Holland where she will be a representative for Join the Pipe, a sustainable water not-for-profit.

All this is a world away from 2015 when she contacted appendicitis prior to the EuroHockey Championships in London.

A day before England’s opening game, she was forced into hospital and had emergency surgery. Anxiety took over but she wanted to be at the tournament to support her team-mates.

“It was a tournament we had built up to for the whole summer. Mum and Dad got me to every game which was nice. There were a whole bunch of mixed emotions watching,” she recalls.

“I was still part of it come the last night of celebrations. That is part of sport. It was gutting but I was pleased for the girls who won gold.”

A year on, another “emotional rollercoaster” came to the fore when she was picked as a travelling reserve for the Rio 2016 Olympics after playing her hand in GB’s winning run in Valencia during Olympic qualifying.

“I knew what to expect in that position and you always have to be on your mettle in that situation. At any point we could be called upon. We were a cog in that machine and you still have a job to do,” she says.

“To contribute to the success is something I am super proud of and it has been part of my journey. It was emotional and I was proud at the end of it.”

Yet Leigh admitted to being in a “constant battle” in Rio. “It is intense and the emotions are building up. You have to find a way to release them.”

While fellow reserves Kirsty Mackay and Ellie Watton used the off days to train hard and expend some emotional energy, Leigh took herself off around the Athletes Village to deal with her emotions.

“You have your ups and downs, you have your special and terrible moments, but that is sport and life. I am a much richer, wiser person for those experiences,” she says.

“While they are difficult I think I will be thankful for them in the future. There have been moments where I have been very low.” And then there are the elated moments; the ones with her team-mates, where she has gone: “Yes, this is what it’s all about”.

“I love contributing. I still have the desire to play and improve and be the best that I can. But for me, the right time was to step away from the programme and start a new challenge.

“If that leads me back to playing in an England and GB shirt, then that will be a huge honour. But that’s not guaranteed. I’m not closing the door on it.”

She cites her Dutch sojourn as an “exciting challenge”, one where she wants to create new networks and “properly live”, complete with her tour tea mug and Yorkshire Tea bags.

Sure enough, she saw the clip of England football star Fabian Delph go viral when presented with a box of Yorkshire Tea pre-Russia World Cup.

“I loved that it’s my roots. That was super cool that he got a personalised box,” she smiles. “I’m sure I will be getting some regular deliveries for myself as well.”

Tea, hockey and life abroad. This season, she concludes, was a “no brainer”.