The youthful side of the Women’s Hockey World Cup

The 2018 Women’s World Cup proved a rip-roaring success in terms of ticket sales – and many of those who attended were kids keen to show their support for England and beyond. There’s no denying it, since Team GB’s success at Rio 2016, hockey now has poster stars and that can only bode well for the future of the game. On the pitch, there were plenty of young global players, while off it the Lee Valley Hockey Centre saw a wealth of youthful ticket holders take their seats for the two-week extravaganza. 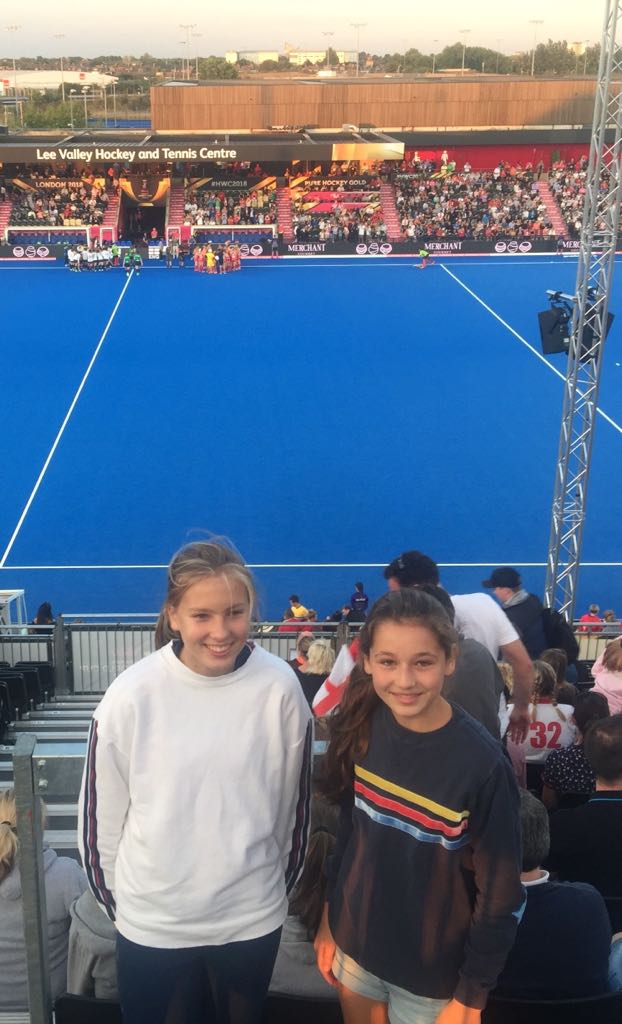 But most of all I enjoyed watching England play some of their matches because it was such good hockey and it was so skillful.

My favourite player is … Susannah Townsend because she is, of course, an amazing player but she also trains hard and perseveres through things like not being chosen for the 2012 London Olympics and then working even harder to be chosen for the 2016 Olympics in Rio where they achieved gold.

What do you love about hockey?
I love the fast pace and tension of the game and how the whole team has to come together to earn and produce a goal.

What did you love about the World Cup?
I loved the atmosphere from the crowd when England team played. I also enjoyed watching the hockey which was of very high level. The technical skills used were phenomenal, especially the Dutch team! I thought the Irish team had a fantastic tournament having being the underdogs at the start, as they were ranked no.15 initially and will now make it into the top 10.

@EnglandHockey #ThePride #HWC2018 dear daughter declares "never washing again" after @AlexDanson15 touched her hand!! Gotta love kids – did I do this when I was a kid??!!! pic.twitter.com/zErL3Rfxcq

We came, we saw, we boom boomed, we cried. It’s been emotional! So proud of the England girls. They played their socks off. Inspirational doesn’t quite cover it. So glad my daughters were there to see it #thepride #HWC2018 @EnglandHockey @hermione_kay @robertgkay75 pic.twitter.com/vl0JhViWxN 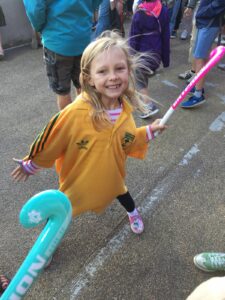 What do you like about hockey?
It’s a cool game and everyone can play it.

What did you enjoy about your day at the World Cup?
We sat with the Australian crowd and met Jodie Kenny’s little boy.

After the game we met the players and Maddie Fitzpatrick and Jodie Kenny signed my stick!

@EnglandHockey We came, we watched and my daughter beat me! #HWC2018 Family feuds! pic.twitter.com/G7MXxH9mbh 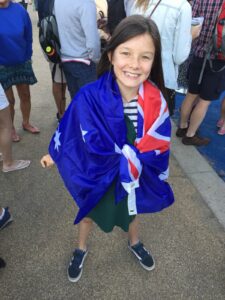 What do you like about hockey?
It’s quick and fast and you need to be strong and confident to play. 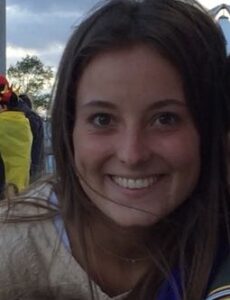 What do you like about hockey?
It’s a team sport where players are fair and respectful, unlike football.

What did you enjoy about your day at the World Cup?
Watching Belgium play so well and score six great goals.

What an awesome World Cup! Thanks to all the EVO Hockey young players representing the #evofamily during the tournament! We hope you enjoyed it and look forward to seeing you at our camps this summer! #HWC2018 #hockeycamp #EvolveYourGame pic.twitter.com/phqnJZZWBe