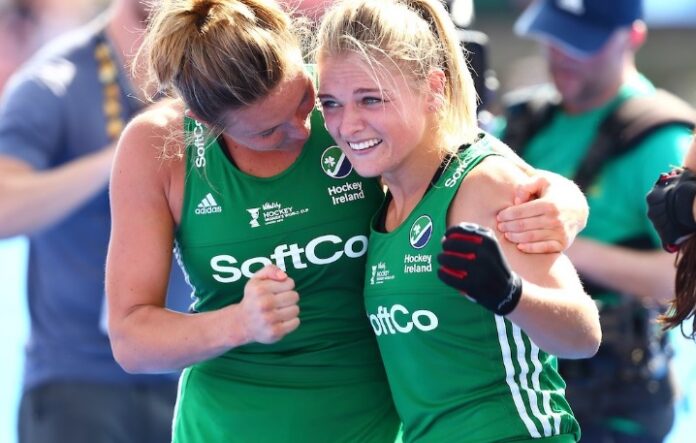 “I’ve been asking the Dutch for a bloody game for three years, so they don’t have a choice now,” Irish coach Graham Shaw boomed as his brilliant group of Irish women took their place in Sunday’s showpiece final.

There, they will play Holland, the world No 1 side looking for their eighth world title. After two weeks of this, is there to be one more miraculous sporting sub-plot in store at the Olympic Park?

With each passing victory here, Shaw has been shaking his head in general disbelief as Pool stage turned to knock out and then the business end. And now the final.

Yes, Ireland have reached Sunday’s showpiece finale after another edge-of-your-seat shoot-out. Ireland’s tournament has come laced with steely resolve, a sublime 22-year-old goalkeeper, tight defence and a World Cup draw which has simply opened up invitingly.

As the players rushed towards match winner Gillian Pinder and then Ayeisha McFerran to wildly celebrate this most unlikely of dreamy sporting runs to a major denouement, we all took in the moment. But then, 30 minutes later, the players understood the task ahead.

The test will come in their recovery ahead of the climb to surpass Dutch class, although the world champs were made to sweat by Australia before the day’s second shoot-out victory.

“You want to come to a World Cup and make an impact,” said Katie Mullan, Ireland’s captain. “To get to a World Cup final is something dreams are made of.

“We have never got ahead of ourselves. We came here to improve with very performance. The fight and determination has been incredible.”

Shaw said his team woke up believing a win was well within their grasp in normal time. By the way they cut open Spain – their fellow amateur rivals – in the opening salvos, the Green Army were up for the fight.

It came as early as the third minute, and as penalty corner routines go, it was laid out on plate.

Injected to Shirley McCay at the top of the circle, Ireland’s most experienced player couldn’t have slotted an easier central pass to Anna O’Flanagan, who deflected through the legs of Maria Ruiz.

Belief surged through the side. Playing an expansive game, Spain were being caught on the hop. But as half-time loomed, Adrian Lock’s sie began to have an impact down the right flanks.

Spain’s circle penetration was hurting Ireland without making it count. That turned when a pass found unmarked Alicia Magaz, the 24-year-old medical student’s shot too good for McFerran. 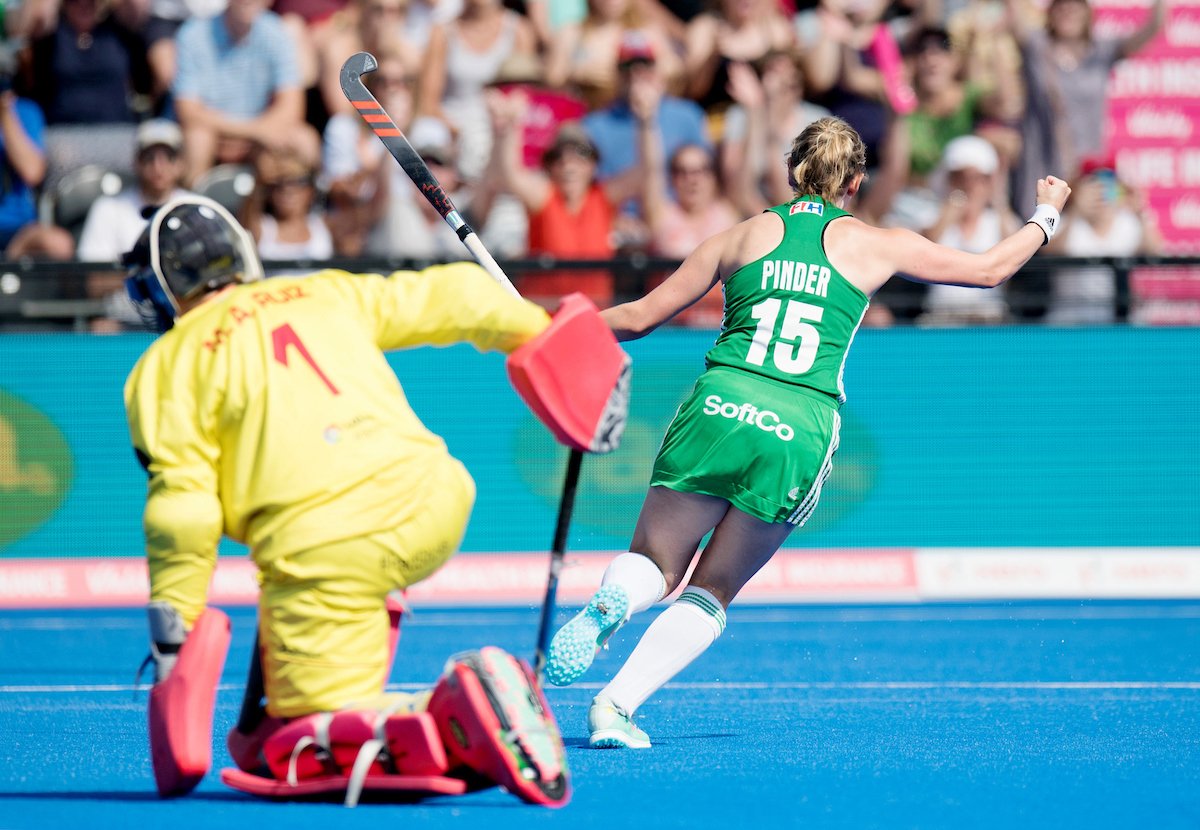 Ireland landed their fifth penalty corner at the death, Zoe Wilson’s central shot smothered by Ruiz as the crowd fell momentarily silent as the ball got lost in the circle melee. It ultimately proved to be the last meaningful attack before Ireland’s exploits.

‘These girls are absolute legends, what an achievement to come as the second lowest-ranked team here and make a world final. It is a dream come true.’

McCay said that they had tried to shield themselves from the adulation of the team back home. Everyone from Brian O’Driscoll and beyond have got on board the Irish bandwagon.

“We are living in a bubble but it’s hard when whatever you doing becomes unprecedented and is making history. But we never thought this would happen,” she admitted.

“We said today was our final. Holland are an unbelievable team but will keep enjoying every second.”

The smiles will not disappear for the final.