Biddy Burgum, nearing 92, is describing the modern game with gusto and lively hand gestures in the air.

“The sticks are up here and it’s all the turning around,” she smiles on the fringes of the Women’s World Cup. “It’s all very different. In our day, we were told that hockey was a polite game so you mustn’t turn on your opponent.”

One would never have guessed that she was the oldest living player at England Hockey’s Pride of England function last Sunday, as the national governing body invited – and tracked down – past women’s international representatives for a celebration of women’s hockey.

Biddy’s sporting life means that both body and mind are seemingly as active as when she ran out at The Oval cricket ground for her England debut against Scotland, in 1950.

She was a teacher at Chelsea PE and Bedford colleges at the time. “Teaching during the week and playing in front of 60,000 at Wembley at the weekends,” she reflects joyously.

“It was in front of lots of kiddies, some of whom I was teaching. It was all rather different, as we were all amateurs. I enjoyed it because I was full-time. The kids would come up on the coach in the morning and see me play in the red and white and cheer like mad.

“On the Monday they would tell me ‘Oh, Miss Burgum, we did enjoy watching you at Wembley, but you let them do so and so but you don’t let us’. I would say ‘well, when you’re a little bit stronger and older then you will be able to do a one-handed stroke’. 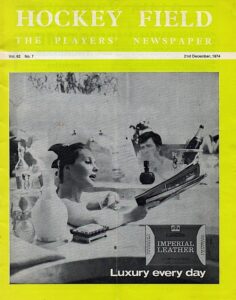 “Nowadays it’s all professionalism. I played hockey in the winter, cricket and tennis in the summer, teaching children and fitting in sport at the weekend.”

Burgum can still vividly recall her debut, breaking into the team as a versatile winger which started an 11-year international career, taking in tours to South Africa, and, most fondly, plenty of matches at the famous Wembley towers.

Alongside hockey and teaching, she used to write Biddy Burgum’s Schoolgirls’ Column for magazines like Hockey Field and played Surrey County cricket and tennis.

But the Fifties were in stark contrast to life surrounding World War II, with Birmingham her home from 1939 to 1945, give or take several evacuations.

“It was pretty hard work. We were down in cellars every night. It was tough,” she admits. 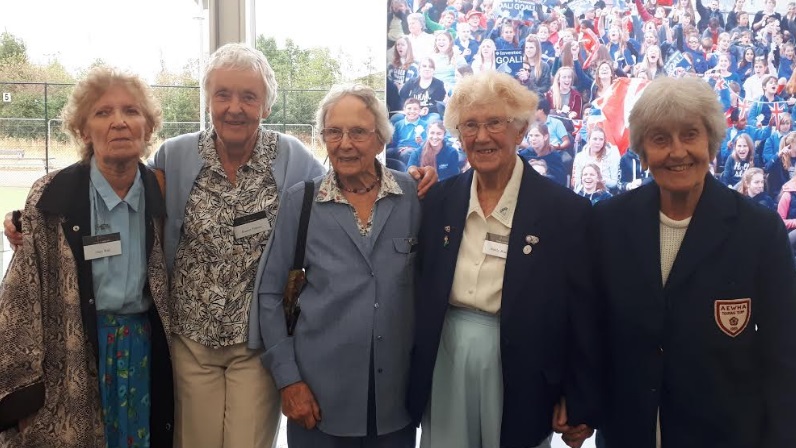 “Our playing fields had become a barrage area so we used a recreation ground for hockey in the day. It may have helped, mind, as the pitch was bumpy so it may have helped my skill and ability!”

Biddy retired from teaching in 1983 and became an advanced hockey coach for England, travelling abroad to Europe and Canada.

She played hockey until her 50s to keep herself fit and active. If only there was a Masters scene back then, she says, it would have prolonged her playing career.

And with that, she’s off for a photo with surviving members of an England touring party to South Africa and then on to watch England’s modern stars and their sticks waving. ‘It’s been a lot of fun,” she says.