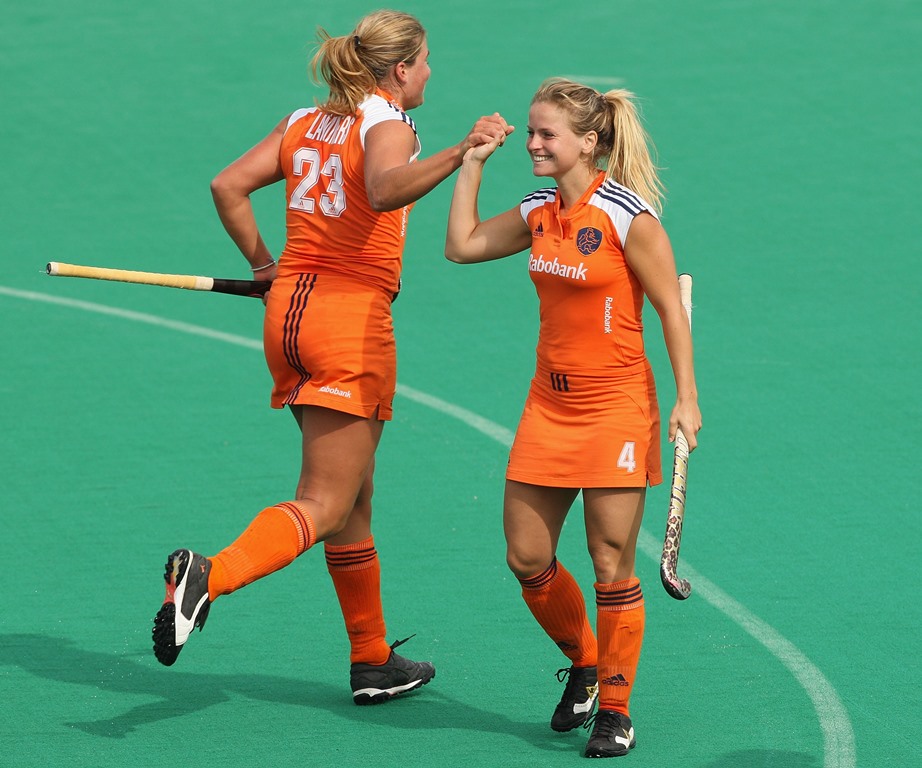 Fatima Moreira de Melo is a name you probably know already, with her three Olympic medals as well as success in the Women’s Hockey World Cup and Women’s Hockey Champions Trophy. As the winner of Rotterdam Sportswoman of the Year in 2006, Fatima has seen plenty of success on the hockey pitch.

It is quite clear that Fatima is naturally gifted in the sport of field hockey, with success right from the beginning of her career. Since her first international outing as a striker for the Netherlands Women’s national field hockey team in 1997, she played 257 official hockey games, scoring 35 goals for the Dutch team. The Netherlands has the world’s most successful women’s national field hockey team, thanks to Fatima and her teammates.

However, hockey is not Fatima’s only sport; she’s also a professional poker player, achieving much success in the most popular variant of poker known as Texas Hold ‘em. Almost immediately after finishing her hockey career, Fatima began playing professionally in the Master Classics of Poker and European Poker Tour events.

Success in hockey and poker haven’t been enough for Fatima. Wherever she focuses her attention, she finds success. In 2006, she demonstrated how hard she works by acquiring a master’s degree in law in the same year as taking part of the World Cup, winning for the Netherlands’ Women’s national field hockey team.

Fatima is no stranger to television either, with appearances in several TV advertisements, including a three-year stint for the Dutch banking firm Rabobank. Following the TV ads, Fatima appeared on several reality TV shows, including a singing competition called ‘It Takes Two’ where she made it to the finals with her singing coach, Glennis Grace. She was also the winner of the Dutch equivalent to “Survivor”, where she was left on a deserted island for 33 days.

Fatima’s list of current jobs includes her working as a model for Zinzi, an international fashion jewelry brand that was founded in 2003. And alongside Kim Feenstra, Fatima is described as one of Zinzi’s ‘best friends’ and has been part of nearly all the company’s advertisements. This work has seen Fatima featured in magazines and on billboards, with her travelling across Europe for photo shoots to locations such as London, Monaco, Valencia, Marbella, Venice and Paris.

Although it is quite evident from her success in several different spheres, Fatima discussed her confidence, open-mindedness and willingness to learn during an interview with poker journalist, Lee Davy, stating that proving to people she was more than a little woman has been helpful in bluffing in poker games

In addition to her professional careers, Fatima is a prominent advocate of Right To Play, a global organisation that educates and empowers little ones that face adversity by allowing them to play sports and games. Through this play, they can build life skills to improve their lives and drive social change within their communities. Fatima believes that playing sports allowed her to succeed in life and feels that Right To Play is an excellent way to help the little ones in disadvantaged areas of the world.