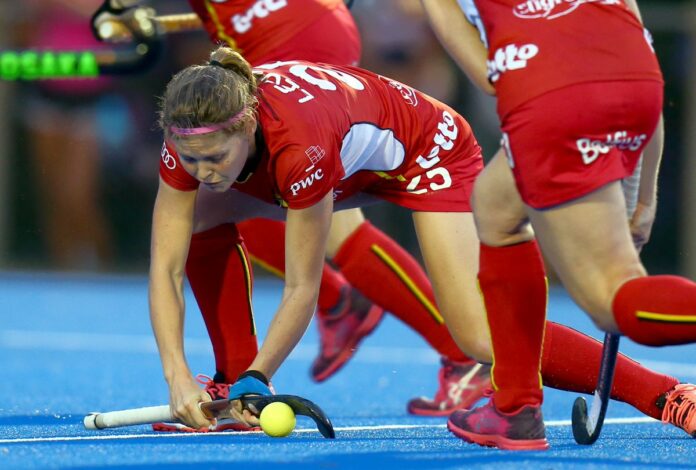 Basketball has the slam dunk, tennis an overhead smash, and then there’s the cover drive in cricket.

But hockey has the number one runner charging down a penalty corner. There’s nothing I love more than that perfect balance of timing and power and skill, that moment when a player looks their opponent in the eye and says: ‘This Is My House.’

It’s simple maths really – saving a goal is worth the same as scoring a goal.

At this World Cup, towards the end of the opening game, South Africa had a corner. Scoring it would have tightened the scores up to 3-2 and made for some real squeaky bums on the German bench. 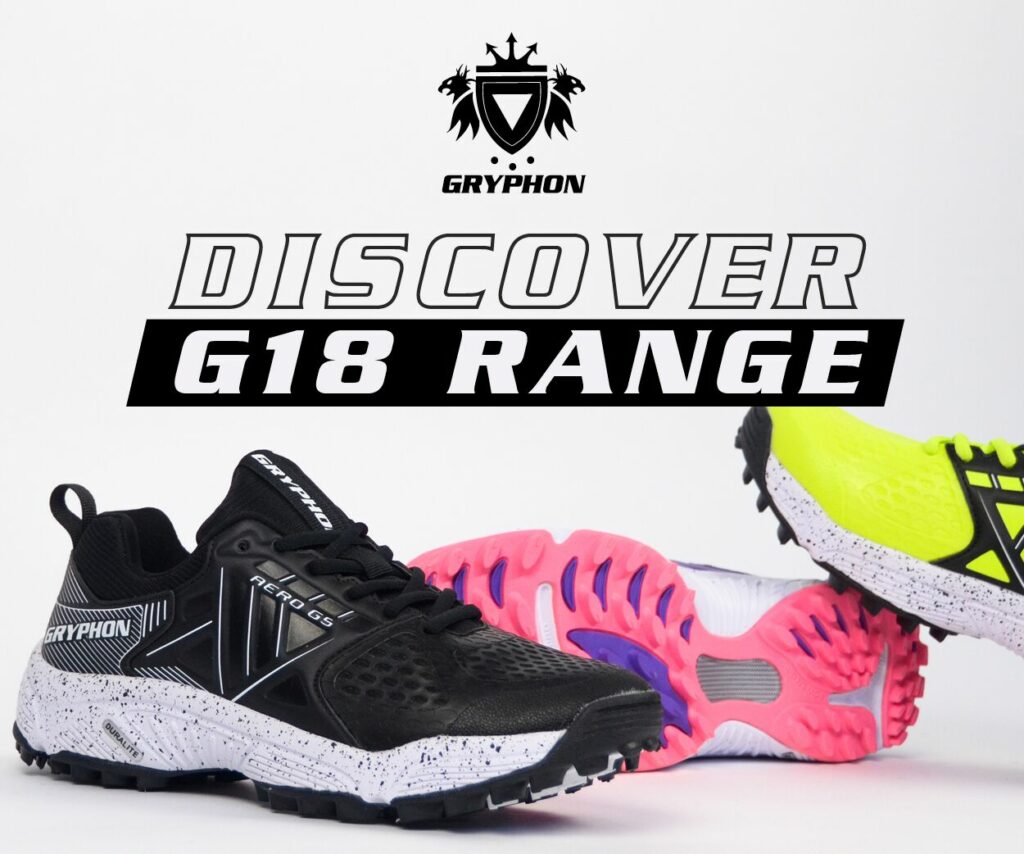 But instead, Marie Mavers ran absolutely down the barrel and made a cracking block, and within three or four seconds the momentum flipped into Germany on the attack.

Having a player who can consistently do that is worth just as much as a gun drag flicker, and I’m sure that if there was a selection meeting where Mavers’ place was on the line then her ability at defensive corners would secure her place ahead of another player without penalty corner defence skills.

Broadly speaking, there are two shapes that a defence can run: an arrowhead, with one player flying out to the top of the circle, and three players deeper in the circle to protect the area between the penalty spot and the goal.

It’s a good shape to run where there is only one castle, or if a team really only has one striking threat off the top. By contrast, the other option is to run a box shape with two players going towards the top and two deeper in the circle.

It’s a great option for flexibility when a team has two castles – you can stagger the distance between the two players at the top depending on where you think the main threat is, or you can drop everyone back so that your whole defence is within the seven yards between the penalty spot and goal.

In the same way that penalty corner attack is always evolving, some teams are starting to play around with these shapes and strategies. For example, where most teams would have a post player on the left side of the GK, some have started putting the post player on the right and have the goalkeeper log with their feet to the left post.

It’s a strategy to counter teams with a hitting threat from the top and I think that’s what Ireland were planning when they ran that shape against USA, but they came up against a very good play with an interchange at the top and wide slap for a player running in from the right.

When that kind of slick routine comes off you just have to shrug your shoulders and say well done to the opponents, and it’s a credit to Ireland’s belief that they didn’t look shaken at all by the US goal.

I think most people would agree that after the Rio Olympics there has been a void created by retirement of the some of the greatest corner flickers we have ever seen, but I expect that this World Cup will reflect the fact that the women’s game has always relied more on “routines” for corner goals compared to the men.

England have some lethal options for deflections in front of goal, and often the space is created by the attacker holding their run until the very last moment before throwing themselves into a space with blind faith that the ball will be delivered onto their stick. It’s a pretty spicy recipe – a defender, an attacker, and a ball all hurtling into the same space.

As a goalkeeper, what you really want is a clean line of sight of the shot coming in but the chaos that can be created by players throwing themselves around can be a critical distraction.

India did a really good job on England of keeping the middle of the circle clean, and England just weren’t quite able to get the injection and trap on the money to give their routines a chance. 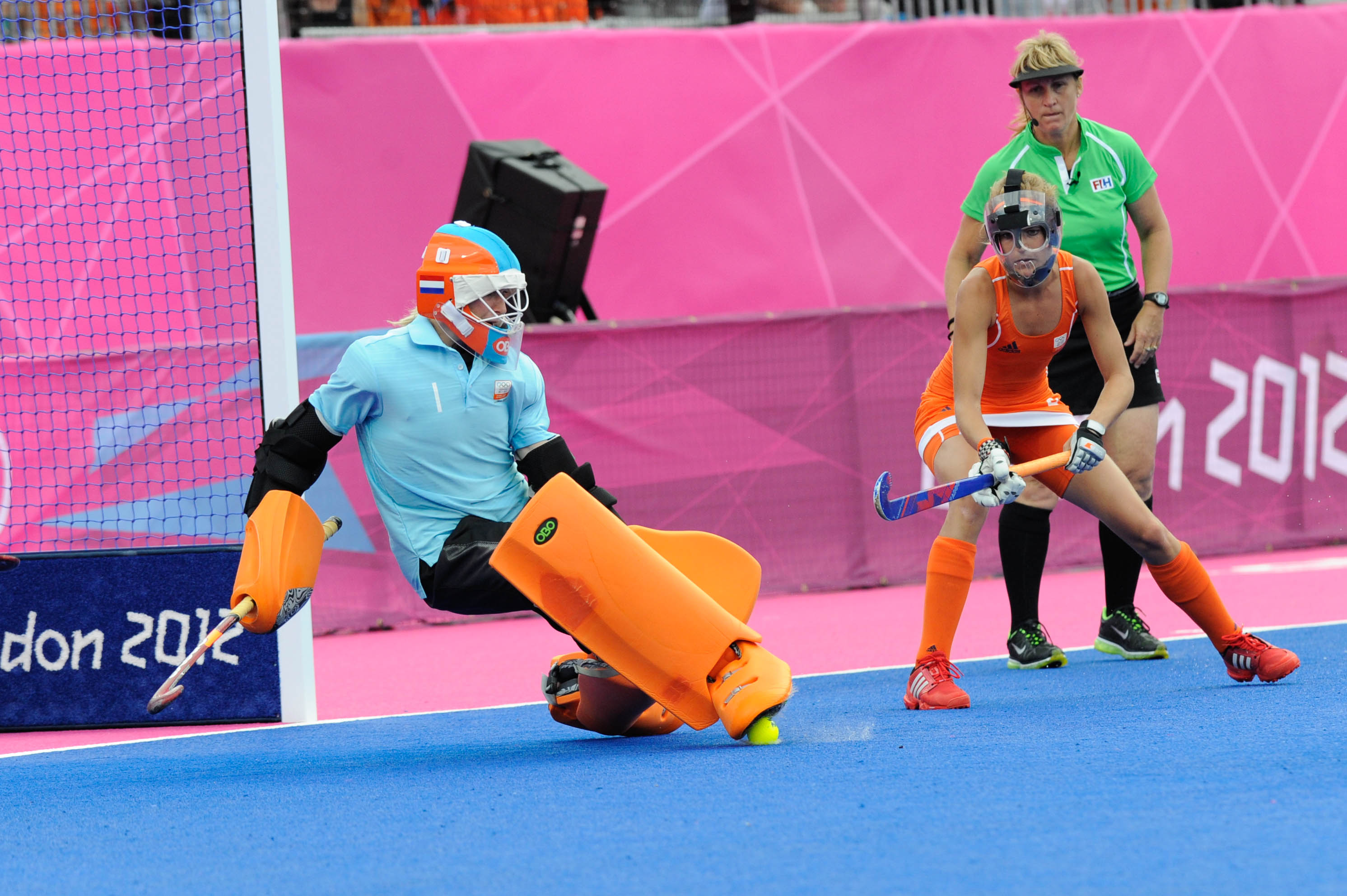 It was interesting to see the lines India’s defence ran – you could see they had clearly identified Alex Danson as a major threat and one of their defenders made a beeline for the space that she was heading to every time, then adjusted once it became clear the ball wasn’t going to her.

Just as India identified England’s key threats, each team will have studied their opponents before the World Cup began and international coaches will beg, borrow, and steal video of their opponent’s penalty corner routines to try and gain an insight into their likely routines.

During my time playing for Great Britain, assistant coach Karen Brown had an encyclopaedic knowledge of opposing teams corner variations – right down to the exact spot that a team was likely to shoot if they needed a goal – and a brilliant ability to plan strategies to overcome it. 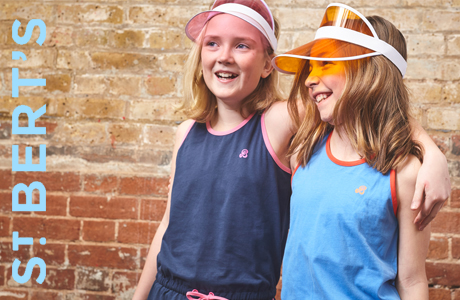 Most international teams will give their goalkeepers licence to make in-game decisions on what defensive routine to use, but Karen was quite brilliant at helping the goalkeepers make the right choices.

England have lost a few of their key members of their penalty corner war cabinet, but they have such an extensive library of institutional knowledge that it will have accelerated the development of a new defensive unit. For all that can be said about routines and plans and tactical shapes though, sometimes corner defence comes down to pure scrambling instinct and bloody-minded determination.

With a World Cup on the line, expect to see some brave players putting their bodies on the line in the name of keeping the ball out of the net.

And I hope that some of the spectators take a moment to appreciate those last ditch acts of desperation as the works of art they really are.

Abi Walker is a former Scotland and Great Britain goalkeeper, winning 76 caps between 2003-12. After retiring from the international game, she joined Surbiton during their debut season in the English Premier League and has played a part in each of their five league winning teams. When not playing hockey, Abi has a busy life as an ENT surgeon at Guy’s and St Thomas’s Hospital in London