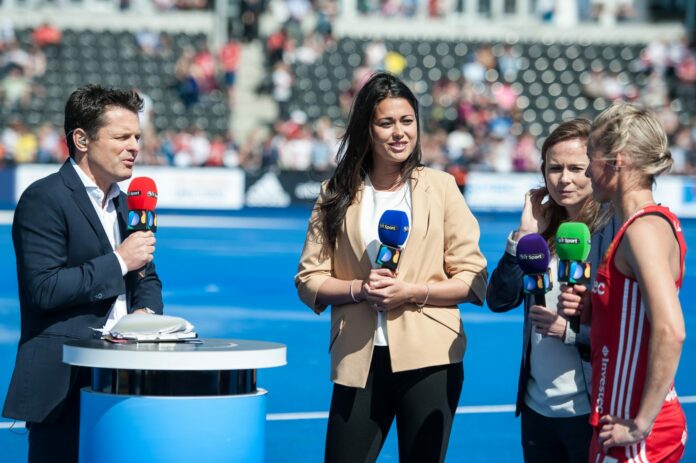 As a teenager, self-confessed hockey lover Chris Hollins grew up during the 1984 and 1988 Olympics, saw Great Britain win bronze and then dance a golden jig in Seoul and remembers wanting to keep a stick in his hand and hockey as his number one game.

Thirty years later, the sports broadcaster and presenter will front BT Sport’s coverage of the Vitality women’s Hockey World Cup, which starts next weekend. The 47-year-old multi-talented sportsman admits that he hasn’t played much hockey since leaving for university, but could soon be enticed back to the game. Moreover, it is television which he hopes will entice more anticipation and coverage back into the game – with the next three weeks in the UK set to glisten with hockey, whatever the outcome in the football version in Moscow on Sunday.

“I always have been really keen on hockey,” he tells The Hockey Paper. “I timed it to perfection as I started in ’84 and then the men won the gold in ’88. 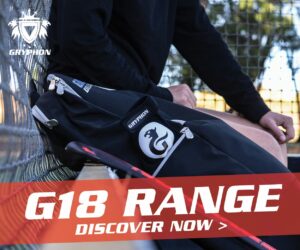 “I wasn’t a bad hockey player and my teacher at Tonbridge School [in Kent] knew some of the hockey boys. We ended up having some of the Olympic medallists coming to play against us. I played against Steve Batchelor and Imran Sherwani.

“It was really fantastic and all of a sudden university came along and I would only play the odd game here and there.”

Hollins certainly has a passion for the game and he has just procured a new stick from Simon Mason, who will also be working for BT Sport, and admits that he might be tempted to play again next season.

“I definitely haven’t played a proper match since I was probably 18,” says Hollins, who has played both Varsity hockey and cricket matches at Lord’s. 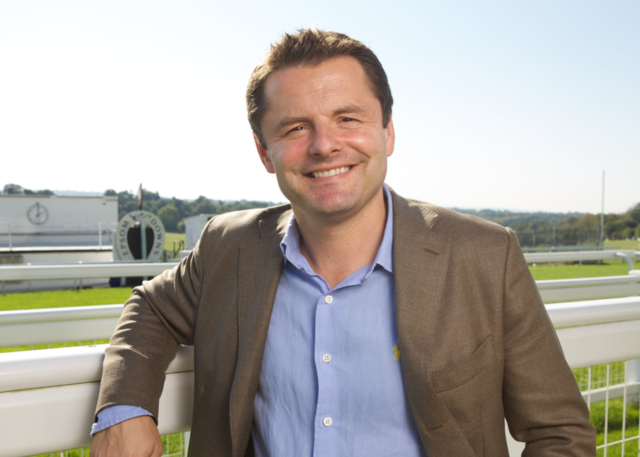 Well into his television career, the opportunity came up with BT Sport two years ago, as the journalist and presenter “grabbed” the chance to front the coverage when the broadcaster started its hockey output at the 2016 Champions Trophy in London. “It was brilliant and everybody involved thought it was fantastic and wanted to keep it going.”

The product, he says, worked on television. “Having grown up with watching it in the 80s, it didn’t work very well. There was no 4K, there weren’t the numbers of cameras, there was no blue pitch, it was really difficult as there wasn’t the technology.

“It was when we won Olympic gold [in Rio] and I remember thinking that we desperately want to make sure that we keep the momentum with both the men and the women.”

He also feels part of the FIH’s self-billed ‘revolution’ and has an interest in which direction the sport goes, with the TV infrastructure in place and a global appetite for the game.

Having seen Great Britain perform below par at the 2016 Champions Trophy, Hollins’ expectations were low as he then watched the journey unfold in Rio a month later. This was despite then captain Kate Richardson-Walsh promising Hollins that “they still had something up their sleeve and holding something back”.

“I didn’t believe them, but of course they were fantastic in Rio,” laughs Hollins.

England captain @AlexDanson15 says the home support is "like having an extra player."

“It is a very exciting time and the sport is unique: the women’s game is just as, if not more popular than the men. It’s a real 50-50 sport. Cut it down the middle and it’s just brilliant.

“Hockey potentially should be bigger. We have a great opportunity to grow the sport. You see the stadium when the men or women are playing at home and the atmosphere is fantastic. There are some real global heroes associated with the game; the Argentinians and the Dutch sides.

“Everyone looks at the football model. You have heroes, challenges, jeopardy, controversy – everything you want from a sport is there [in hockey].

“What is it that makes football so good as a global sport and what hockey needs to do is to make sure that you are on television, making sure people know it is on, a narrative and calendar. 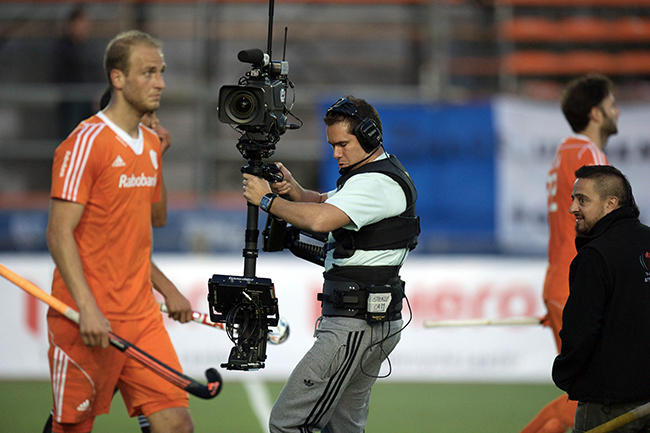 “Hopefully we will get that with the Hockey Pro League and it trickles down to participation so you know it is there. Get people to see what you do and you’re away. But it’s hard work!”

Hollins, who won Strictly Come Dancing in 2009, says that BT Sport’s coverage – deep into its commitment from 2017 to show 700 hours of live hockey – for the World Cup will be “more of the same, but better”.

He will have plenty of knowledge beside him, with Olympic champions Kate and Helen Richardson-Walsh, Sam Quek, Crista Cullen, as well as Mel Clewlow, Mason and commentators Ashley Morrison and Charlie Brougham.

“We’ve got it all there. We’ve got all the ingredients and what’s great about hockey is that after the game, they walk off the pitch and talk to us,” adds Hollins. “None of this sterile green room. They are still sweating and covered in blood or whatever it is. The coaches will talk to us during the game and tell us how it’s going.

“That’s pretty exclusive, for people to talk to us when they’ve gone 1-0 down or up and viewers can find out what they are going to do or change.” 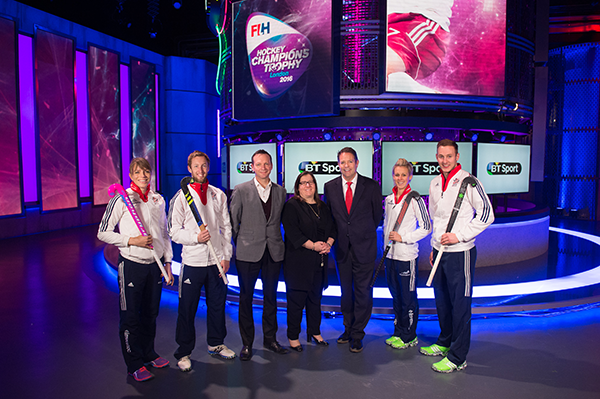 There will also be what the team describes as “myth busting”, whereby the commentators or summarisers will explain hockey’s rules or intricacies such as the reverse stick or the art of jabbing.

The BT Sport tower will be placed next to the main grandstand, which will make the capacity an eye-opening 10,500 for the 14th World Cup and will rival the Kyocera Stadium in The Hague’s atmosphere when the Dutch played there at the 2014 edition.

“There is no doubt that when England play, it is going to be awesome,” Hollins concludes. “The stadium does rock when there is a full house. When England played the Dutch last summer when it went to a shoot out I had goosebumps upon goosebumps, and that was only a friendly. Think about that being a World Cup final, it is a mouthwatering prospect.”

How to watch the Women’s Hockey World Cup

BT Sport will broadcast all games from July 21 – Aug 5. Find out here how to subscribe