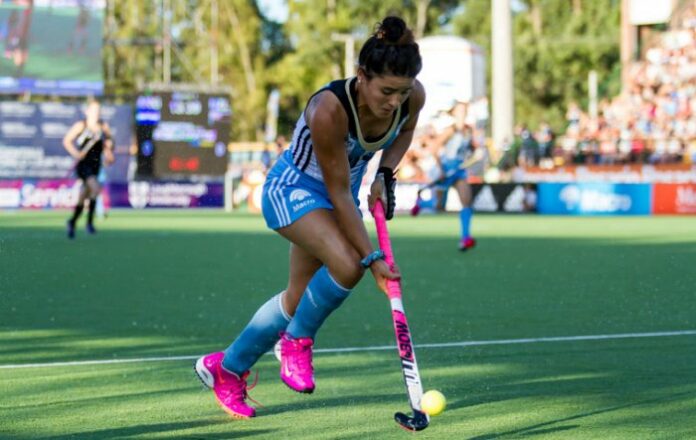 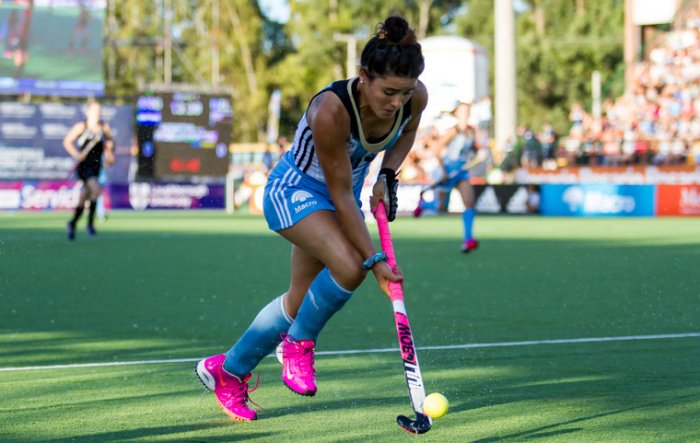 “The World Cup happens very fast,” says Argentina forward María José Granatto, “and so that’s why we have to enjoy the process.”

Granatto, the young world player of the year, will be one of 10 Argentinian debutants at the Vitality Women’s Hockey World Cup after competing in two Junior World Cups. Eight of her team-mates won the 2016 Junior World Cup and will now be making their entrance in London.

This is certainly a young, talented team – the 2010 champions – which will aim to medal once again in the sport’s showpiece.

“I started the year very motivated to face everything that was coming my way,” said Granatto. “It’s my first World Cup, so I’m trying to enjoy every moment of the preparation and not to mention the tournament that I think will be unique.”

The Lionesses left for Germany on Monday where they will play the hosts, Holland and New Zealand in a Four Nations tournament before their World Cup opener on July 22 against Spain.

The 23-year-old’s form over the last 12 months warranted the FIH prize in Berlin, as well as a contract with Eindhoven’s Oranje-Rood for next season.

Granatto added: “It was a pride for me, it was a beautiful trip that added a lot of energy to face everything that comes personally and add the best for the team.”

“Today the team grew a lot, working with our psychologist Nelly (Giscafre), which helps us in communication and other aspects.

“The tours and trips also bind the group and I aim to give the best for the team and hopefully play the final.”

Maddie Hinch: In my hockey goalkeeper pads, I think I’m 6ft tall and own the joint