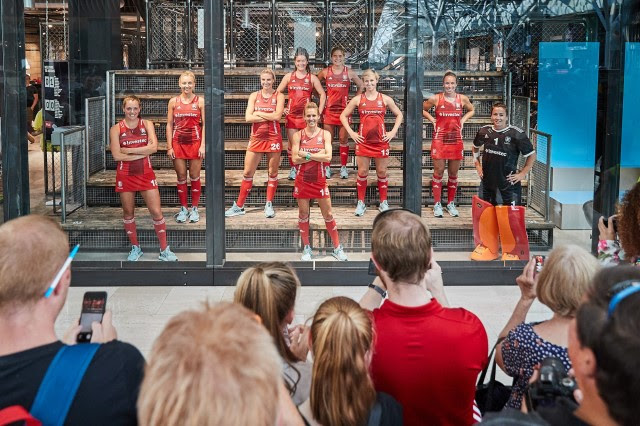 Giselle Ansley says that England’s women’s World Cup shirt was created with the nation in mind as they helped to design a kit to propel them to World Cup glory for the first time.

England revealed their kit at a launch event at the new adidas store in Westfield White City on Thursday.

“It’s really important that we’re not just representing ourselves and the team but the nation,” said Ansley, England’s defender.

“For us that was incredibly important as was having the values put into our shirt. That was also incredibly special.”

The shirt has individual private messages for each player, while the teams values of ‘Create. Be. Inspire’ is stitched onto the back neck of both the home and away shirts – red and white respectively – for the event which starts on July 21. ‘We Bring the Fire, We Are One’ – an ode to their spirit and determination – can be found on the back neck tape

The England team features eight members of the gold medal-winning squad for the Rio Olympics, while Laura Unsworth and Alex Danson remain from the London 2012 squad.

England face India in their opening Pool B encounter when action gets under way at Lee Valley on July 21 in front of 10,500 fans in London.

India coach Sjoerd Marijne recently told Sportskeeda: “They are going to be playing a home match in front of a packed stadium.

“The pressure will be on England – they will feel that they must win that match because they are No 2 in the world and we are No 10.”