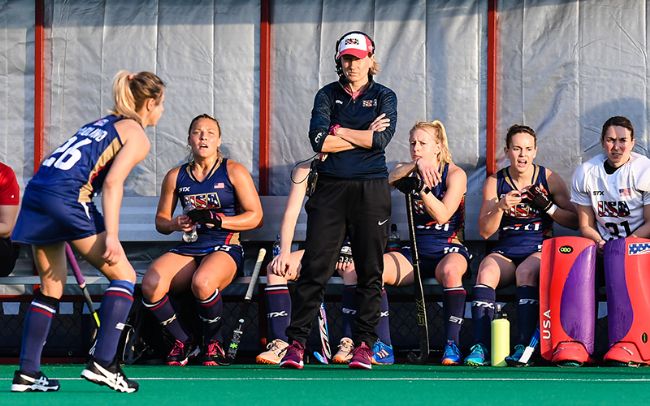 For the 2018 edition, United States head coach Janneke Schopman has picked six players who helped pave the way for a fourth-place finish at the last World Cup.

The selected squad is a mix of veterans and young talent, some of who have less than 10 international caps, according to a Team USA team release on Tuesday.

“Selection was very difficult for us as a staff this year, we have so many players with different strengths that all add something to the team,” said Schopman.

“Choosing 18 means leaving players at home, that worked as hard as anyone which is never easy.”

The US have included several World Cup debutants: Lauren Blazing, Margaux Paolino and Tara Vittese, who all step up from junior hockey for the first time.

The world No 7 side have been drawn in a pool alongside hosts England, Ireland and India.

Schopman’s side, which qualified at the World League semi-finals last summer, open up against Ireland on July 21, the opening day of the London tournament.

“Final preparations for the World Cup are underway, the games in Argentina showed us where we should put our focus on and the team is working hard to making sure we have covered all our bases come the first game,” added Schopman.

On July 14, USA Field Hockey will be celebrating the team’s departure for the UK with a meet and greet with the players.