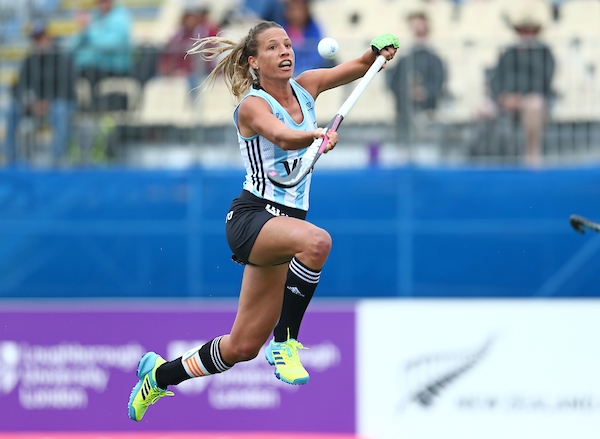 Hockey’s two world players of the year will be playing in the Netherlands next season after it was confirmed that Argentinian international Delfina Merino will join SCHC.

The move had been mooted for some time and Merino, voted 2017 Female Player of the Year earlier this year, now joins Belgium’s Arthur Van Doren in Dutch domestic hockey.

Van Doren, who won the men’s vote at the Hockey Stars Awards, joined Bloemendaal earlier this year ahead of his first tilt in the Netherlands.

On signing, he became the third player of the year to don the orange of Bloemendaal after Teun de Nooijer and Jamie Dwyer.

Meanwhile Merino, 28, is no stranger to Dutch hockey and will start her third stint at the club, having first joined in 2010, the year Argentina won the World Cup.

She told Dutch media: “Stichtsche is really my club in the Netherlands and I look forward to being part of the team again and working with Nettie van Maasakker, whom I know well from the past.”

Stephan van der Vat, chairman of SCHC, said: “Delfina has been a big young talent at SCHC and knows our club well, and we are happy for her to return as an experienced international player.

“It is not only a focused strengthening of our selection, but also she will be able to blood our young talents.”