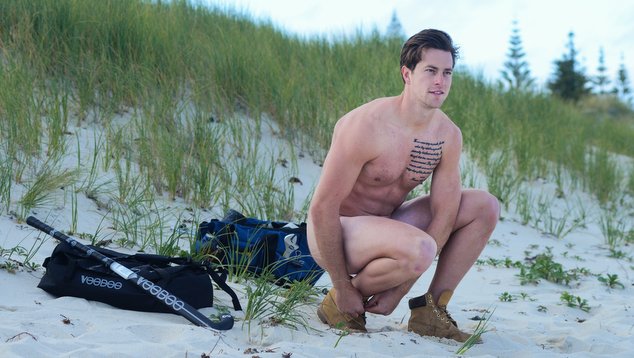 The club won the 2018 LGBTI Community Sport award at a function in Melbourne this week, while Pythons coach Reid Smith won the LGBTI Inclusive Coach award.

The Pythons came to prominence last year when it produced a cheeky fundraising calendar, which proved such a success that its initial print run sold out.

The calendar was made in response to an international study of homophobia in sport titled Out on the Fields, which found that 80 per cent of participants had experienced or witnessed homophobia through sport, either watching or playing.

Funds raised from the calendar have been used to support the club’s work making sport more inclusive and open for the LGBTI community.

Wotherspoon said at the time: “Your sexuality does not define your skill or commitment – and yet homophobia stops many LGBTI people from participating in sport. Sport should be inclusive for everyone.”

At this week’s awards, the co-founder of the Pride in Sport index, Andrew Purchas, said: “These awards provide sporting organisations with an opportunity to reflect on their work in the inclusion of LGBTI participants and staff, and identify areas they can address to ensure their sport is truly inclusive.

“Many of Australia’s sporting organisations are recognising positive steps need to be taken to ensure your sexuality, gender identity or intersex status does not impact your ability to play, watch or be involved with sport at any level.

“And we’re proud to celebrate those success stories at the Pride in Sport awards.”

The Pride in Sport index was established in 2014 by the Australian Human Rights Commission, Australian Sports Commission and Bingham Cup in recognition of the significant work that had to be done to eradicate homophobia and transphobia within Australian sport.

The London Royals HC will host its Pride Cup in London on June 30. The event is a 7-a-side mixed tournament held at Honor Oak Park.