England Hockey engages over 400 clubs for Your World Cup campaign

England Hockey says that over 400 affiliated clubs have signed up to the ‘Your World Cup’ campaign, which aims to increase visibility around the hosting of a home World Cup this summer.

The national governing body announced on Wednesday that over half of the 800 hockey clubs in England had got involved in the initiative, with over 1000 hockey-related opportunities across the country.

England captain Alex Danson said: ‘It is simply amazing to know that over 400 clubs are a part of the Your World Cup campaign; our clubs are already doing incredible work in their local areas, giving lots of opportunities to young and old to get involved in hockey.

‘To have a World Cup on home soil is going to be amazing and to have the clubs getting behind it and embracing that World Cup fever is incredible for our sport. Keep up the amazing work.”

England Hockey launched its campaign in November 2017 with six of the England squad members sharing club stories and the importance of the club world helping them get to where they are today.

At the start of 2018 England Hockey hosted over 50 regional forums where the governing body invited clubs to learn more about the campaign and how it could benefit them. 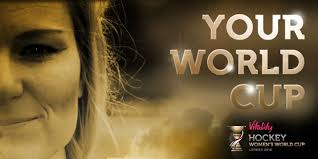 With every England match sold out for next month’s World Cup in London, the sport is set to be lifted into the public consciousness once more following Rio gold.

The tournament starts on July 21 at the Olympic Park and The Hockey Paper will be providing full digital coverage across the two weeks.