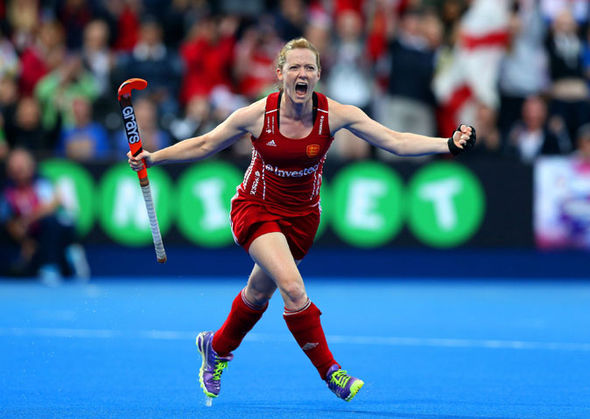 Some of Great Britain women’s players from the London 2012 bronze medal-winning squad will impart their experiences of playing in front of an expectant nation to England’s current team ahead of the Vitality women’s Hockey World Cup.

Helen Richardson-Walsh revealed that she will be one of the players at Bisham Abbey in the next few weeks after being invited by England Hockey officials to speak to the team.

England last played a major championship at their Olympic Park playing headquarters when they lifted the European title in London after a thrilling final against the Netherlands in 2015.

But this summer will represent a different challenge, with England, effectively the Olympic champions, looking to win their first World Cup.

“Using the experience of the old generation … the expectation will be higher and rightly so and dealing with that is difficult,” Richardson-Walsh, 36, told BBC 5 live‘s Friday Sports Panel.

“Before the London Olympics we did a session of the pros and cons of playing at home, what could come up, what might be challenging and positive.

“I was always someone who switched off from the media. There are so many more distractions when you’re at home.”

Captain Alex Danson, Laura Unsworth and Nicola White are three current players on the centralised programme who remain from the London 2012 squad.

And Richardson-Walsh says that the right mindset will be pivotal, with England set to play in front of sell out crowds at Lee Valley.

The Rio Olympian added: “Dealing with how you will deal with those rest days in a home environment, but also the positives … a home crowd, which will be right behind that England team, the atmosphere will be incredible.”

England are currently in the final throes of preparation ahead of the World Cup squad announcement, having played warm-up games against Ireland last week and matches against Belgium and Germany to follow.