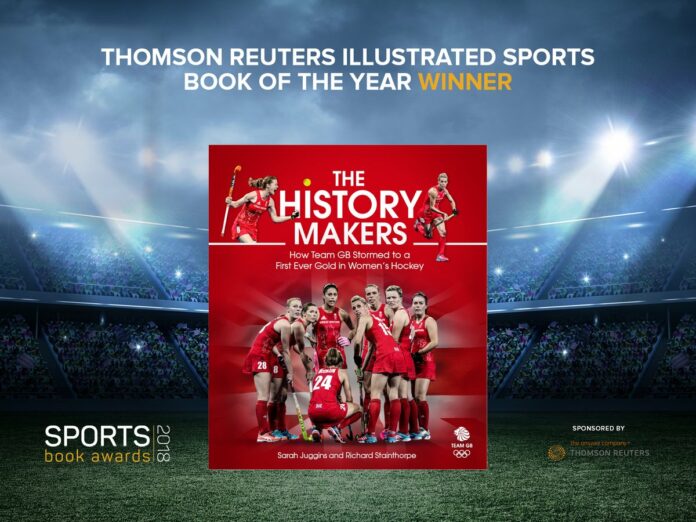 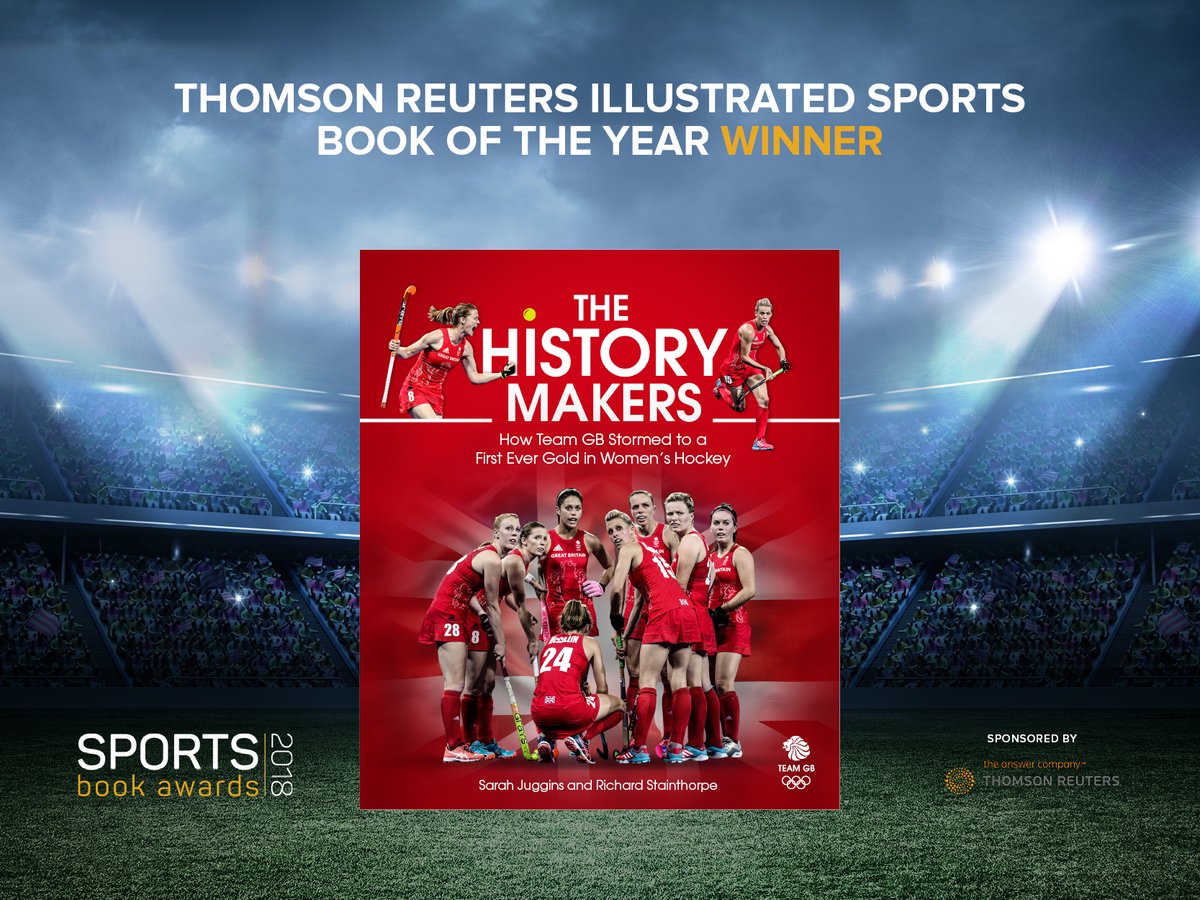 Hockey has scored another significant victory after ‘The History Makers’, which recalls the success of the Great Britain women’s team at the Rio 2016 Olympics, came away with the Thomson Reuters Illustrated Book of the Year award at Lord’s on Thursday night.

The book was one of nine winners at the 2018 Sports Book Awards, which were hosted by Sky Sports presenter Jacquie Beltrao on a star-studded evening at the home of cricket.

Hockey journalists Sarah Juggins and Rich Stainthorpe co-wrote ‘The History Makers’ in the aftermath of GB’s Rio win, with the backing of the team and England Hockey.

“Opening it up and seeing those pictures brings it all back to the forefront. It’s brilliant and it really tells the story,” said winning Olympian Georgie Twigg, part of the 2016 women’s squad and who was present at the awards’ dinner.

“I just love looking at all those photos and bringing back all those happy memories.”

The two authors had expressed surprise at even being nominated last month for the award.

“For two seasoned hockey writers, this was very much a dream project for us – the stars aligned,” Stainthorpe had told The Hockey Paper.

The hockey-winning book will now be put forward by organisers for an online public vote to determine the overall Sports Book of the Year.

The public vote is open until next Friday.