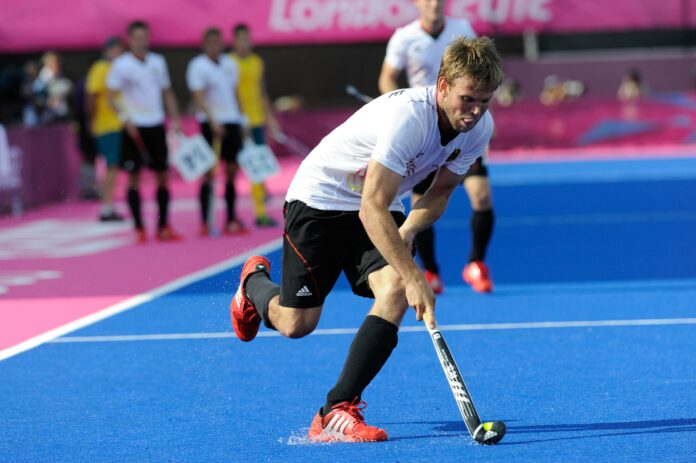 From one midfielder to another, England’s Barry Middleton has heaped praise on Moritz Furste by admitting that the retiring German is “one of the best players of his generation”.

Furste, 33, played his last home match for childhood club UHC Hamburg last weekend as he bade farewell to the club game after retiring from international hockey at Rio 2016.

Middleton, still going strong at 34, came up against the idol of Hamburg plenty of times, either in an England, Great Britain or Hockey India League shirt.

“He was bigger than just what he could do with a ball on a pitch,” the former England captain told The Hockey Paper.

“He had an aura about him that gave people around him belief and confidence in the team he was playing in.

“He was also someone who played to entertain and get the crowd involved in a game, he was always the one to get the crowd going when playing in India.”

Put this together for the EHF to honour @MoritzFuerste's entry into the Hall of Fame; not many better people to interview in the hockey world; hope his champion mindset and devotion to the club shine through!
https://t.co/mDpsCYxsaK pic.twitter.com/PkIwViHO1A

The latter medal included Furste having a hand in the sensational quarter-final when Germany came from two goals down with 46 seconds left on the clock against New Zealand to win 3-2.

In all, he made close to 300 international appearances and also won three World Cup titles, indoor and out, as well as the 2011 EuroHockey title.

His final home game for UHC Hamburg finished in a disappointing 4-3 defeat to HTHC in the German Bundesliga, but, says Middleton, the result would not have lingered for long.

“He lives the values of what hockey has always been about, competition mixed with the social side,” he added.

“Everyone who played with or against him only has good things to say about him and most have had a good night out with him along the way. A true legend.”