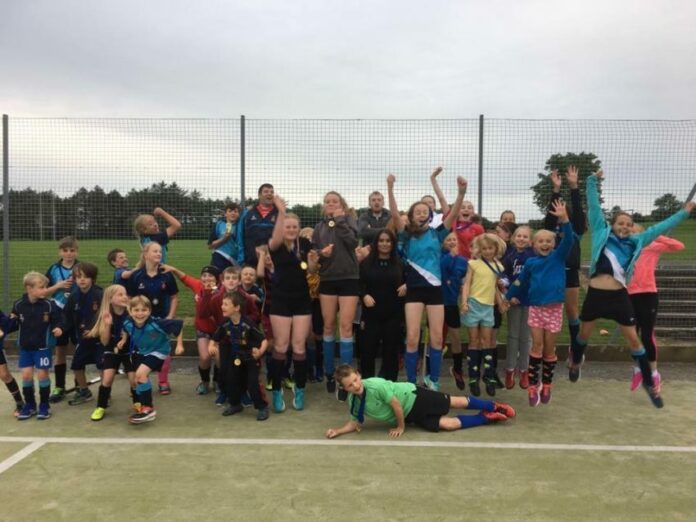 Anglesey is under threat from the prospect of no junior or school hockey matches being played on the Welsh island.

Anglesey Council is replacing the astroturf pitch in Llangefni over the summer, with a 3G rubber crumb pitch unsuitable for hockey, say Bangor City Hockey Club.

The junior side of the club has increased from six to over 80 players of the years, while Bangor City has also produced North Wales players form under-13 to 18 level.

An Isle of Anglesey County Council spokesperson told The Hockey Paper: “The current multi-use pitch surface at Plas Arthur Leisure Centre is reaching the end of its life-cycle.

“We are aware of many clubs from the Island having to travel to the Bangor area to train and play games due to the current standard of this pitch. We are currently in the process of finalising funding to provide a new playing surface which will benefit local schools and clubs, and the wider community, by providing access to a high quality sports area all-year round, regardless of the weather.

“We are aware of Bangor City Hockey Club’s concerns and have raised them with the Collaboration Sports Facilities Group who we look to gain financial support from for this development.

SAVE OUR JUNIOR CLUB!! (PLEASE SHARE) For those of you who don’t know, Anglesey Council are replacing the astroturf pitch in Llangefni over the summer. Unfortunately though they want to replace it with a 3G rubber crumb pitch which is NO GOOD for hockey.

“As a result we understand that Hockey Wales, who sit on the Collaboration Group, is supporting the club at this stage to try and find an answer to their concerns.”

Bangor City say that the junior club will have to find an alternative venue which will likely see a decrease in membership, while their equipment is also stored on the isle.

The club was recently awarded the Gold Insport Award from Disability Sport Wales, the first hockey club in Wales to win such an award.

Their work with Flyerz Hockey is also threatened by the Council’s plans to demolish the Llangefni astroturf.

The club said: “The end goal for Bangor is to hopefully have a full Flyerz hockey team in the coming months to then be able to produce players that have the quality for playing for the Welsh National Flyerz Team and compete in the Antwerp 2019 European Parahockey Championship.

“This will not be possible if we don’t have a base on Anglesey.”