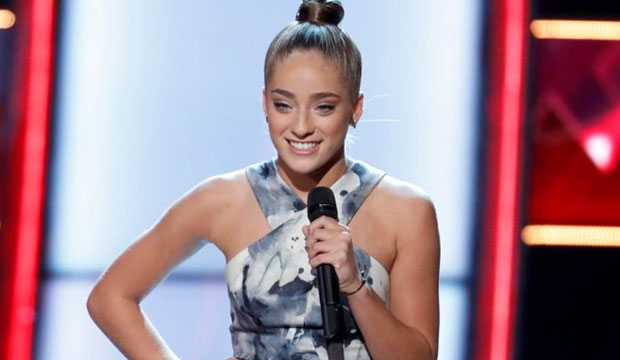 Cartelli overcame nerves to sing ballads by Lady Gaga and Adele in the final and justified pop star Kelly Clarkson’s decision to choose the teenager as her coach during the blind auditions.

In March, she wrote on social media that she was “proud” to be a member of USA field hockey.

It remains to be seen whether she will pursue hockey now that she has found early fame with her singing.

“The support from back home has been more than I ever expected,” Cartelli said earlier this month.

“They always knew me as the lacrosse player or the girl playing field hockey. Now they’re seeing me on national TV and they’ve been so supportive.”

Cartelli received a shout-out message from the USA Field Hockey Team during the show when they said in unison, “Good luck, Brynn! Go team Kelly!”

“It still hasn’t hit me yet,” she told Rolling Stone. “I don’t understand how it happened or how I deserved it. But somehow I’m here. I’m so thankful. I never ever imagined this until my name was called.

“I go to a small public school in Longmeadow, Massachusetts. I do have to go back. It’s going to be weird and crazy. I feel like that whole part of my life is a question mark right now. But I want to go to school. I’m strong in school, and I love it.”