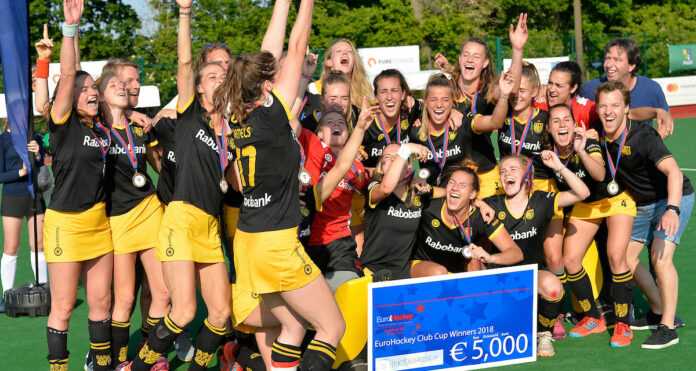 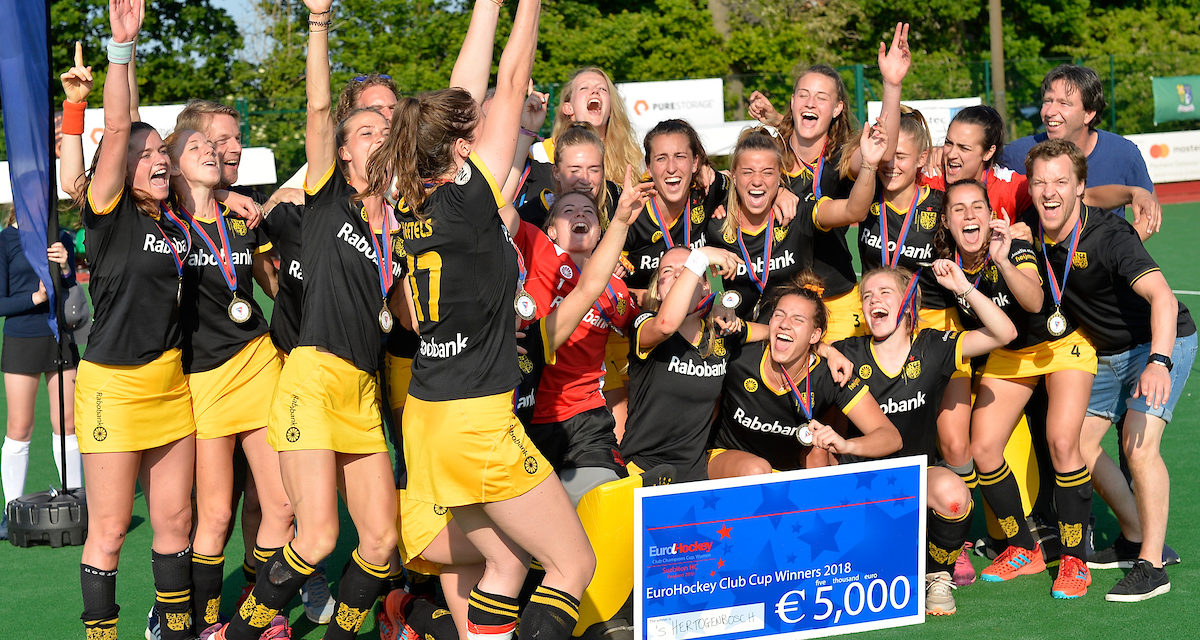 The final was won with two minutes remaining when Den Bosch attacked from their own half and Pleunke van der Plas slotted home to break the German’s resolve.

In a tight match, played out at a sultry Sugden Road, Fréderique Matla had handed the Dutch a crucial lead in the third quarter before Katharina Frank smashed the ball home to equalise with nine minutes left.

The third place play-off ended in controversy after AH&BC Amsterdam, trailing 2-1, had a goal disallowed with 16 seconds remaining of the match as Spanish outfit Club Campo De Madrid hung on for a famous win.

Amsterdam had earlier had a goal disallowed in the second minute after Kitty van Male scored at the left post from a penalty corner. Beatriz Perez Lagunas scored the winner for Campo.

Meanwhile, Holcombe and Junior FC made it three wins from three to set up a final between the two outstanding teams in Dublin at the women’s EuroHockey Club Trophy.

Holcombe made light work of Slavia Prague with four goals in the first 12 minutes leading to a 7-0 overall victory. Leisa Randall scored a hat trick – the first coming a minute after she was introduced into the action – while South African star Dirkie Chamberlain added a double.

Steph Elliott told the EHF: “Three wins out of three, we are absolutely over the moon. We are going out like we have been, scout the teams and then just play our game. It’s gone pretty well for us so far and let’s see if we can get four from four.”

A modern hockey clubhouse? Look no further than Amsterdam’s Xenios