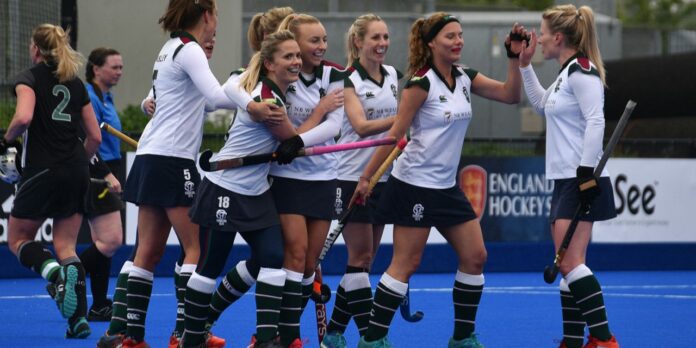 Oliver Fitch attends Downsend School in Surrey and plays for Surbiton BU12 ‘B’ Team. He is an everpresent when it comes to watching the club’s first teams and the 10-year-old will be an avid onlooker this weekend when Surbiton Ladies participate in the European Cup.

Why I love hockey…

My family has a strong history playing hockey and goes back five generations as my great grandfather’s father was the first to play hockey in my family; he played for The Retreat in York. My great grandfather also played, mostly for the RAF. My grandpa played for various RAF teams including RAF Germany, but in England he played for Alford. My mother and father both currently play hockey for Surbiton, and my mum used to be in the Ladies 1st Xl before she had me. That has inspired me to play hockey ever since.

I go to every match because… I love watching hockey as well as playing it and enjoy analysing the game from my mum’s team to the men and ladies’ 1st XI matches. I like to try and guess what move or pass will come next and get very elated when Surbiton score and very emotional if we lose or draw, which fortunately is not too often.

I try to watch every single game and I never miss any of my mum’s matches including ones at the Olympic park. The first XI always put on a great performance and I learn from them every week.

What does Surbiton mean to you?

Surbiton means the world to me and has been part of my life since I was just one week old when I made an appearance on the main pitch for the clubs’ play day! We go to every final at Lee Valley so we can get behind both the men’s and women’s teams and I know most of the players as a result. I have also regularly been a mascot, walking on to the pitch with the players and have been fortunate enough to be part of their warm up, team talk and on the bench during a match against Leicester. I love being part of the ball patrol team at matches. I have followed Surbiton women in Europe in Holland at SCHC and Den Bosch for the last three years.

It’s not just because they have won the Investec Womens Hockey League FIVE years in a row, went 53 games unbeaten in the league before they lost to Leicester 3-2 last year and have won the double for the last two years! They have a lot of strength and depth with a Colts section feeding into the squad. For the Cup fixtures, a number of players are often rested so they can give the youth and second Xl players a chance to shine. 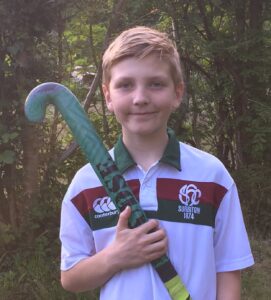 I love the Surbiton club atmosphere because… it is amazing. We have one of the best colts section in the world and everyone believes in the players and coaches led by club president Suresh Desai, who has really transformed our club into a much more successful one. Everyone is very kind and caring and the tea hut and bar staff are also on hand offering a good choice of refreshments.

When I first heard the EuroHockey was coming to Sugden Road…

I was so excited on the night last October when my dad told me that the EuroHockey Club Cup was coming to Surbiton. I knew that it would be a great experience with many Olympians and ex-Olympian hockey players on show. This will be a big challenge for the club but so far we have succeeded massively and have had great sponsorship enabling us to update and invest in new dugouts and facilities.

What are you most looking forward to at the Euros?

I am looking forward to the clubs challenge because there are so many amazing clubs on show with many great players. For the first time the ParaHockey and Hockey For Heroes will be playing at the clubs to encourage more disabled people to take up hockey.

What are you most fearing?

There are a few things that I am worried about, mainly the English weather with it expecting to be chillier than recent days on the Thursday and Friday. I am also concerned in case the K3 bus service can not cope with the spectators! Hopefully everything will run smoothly.

Which players should we be watching?

There are many amazing hockey players in this prestigious tournament. For example, Den Bosch have 10 members of the Dutch squad and Marlies Vereruggen retires after the tournament. Giselle Ansley and Hollie Webb are possibly the greatest defensive combination in the tournament. Olympic Gold medalist Georgie Twigg is a brilliant all rounder and her work rate on the pitch is unequalled and Charlotte Stapenhorst, from UHC Hamburg, is a phenomenal goalscorer and definitely one to watch out for. I can’t wait.