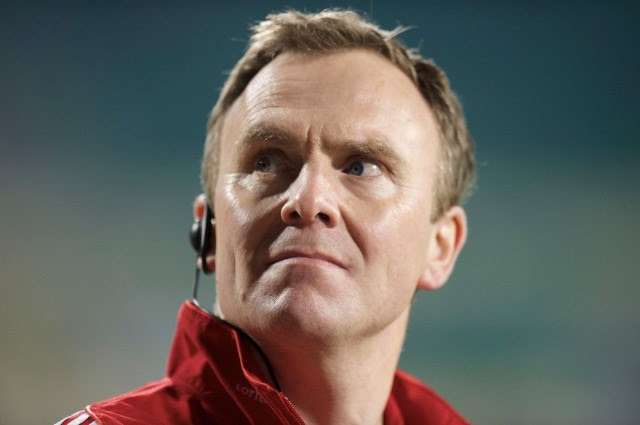 Bobby Crutchley surprisingly quit his post as Great Britain and England men’s coach on Tuesday night after five years in the role.

With just over two years until Tokyo 2020, Crutchley’s departure was seen as a shock departure at Bisham Abbey with players and coaching staff.

Crutchley, who gathered the players together on Tuesday afternoon, admitted that he was now seeking “a fresh challenge”.

He said: “I feel the time is right to step down and I think the squad is in a great place to push on to the next level.”

Defeat by Australia, where they were edged out of a guaranteed silver in the Gold Coast, proved the final act in Crutchley’s tenure, while it is understood that he was under pressure to deliver at last summer’s EuroHockey Championships in Amsterdam.

It followed a disastrous Rio campaign where the men’s team finished ninth. However the squad seemed to have turned a corner following the announcement of three co-captains and several impressive, attacking performances at the start of the Tokyo Olympic campaign.

It has been a very difficult decision but feel the time is right to step down. I have been fortunate to work with so many amazing athletes, support staff, officials & volunteers, as well as compete against many fantastic opponents. I would like say thank you to them all.

Sally Munday, England Hockey’s chief executive, said: “Coaching elite sport is relentless and coaches who are able to keep giving of themselves year after year as Bobby has have my upmost admiration.

“We felt it was right for all parties that we accept his resignation.”

Current assistant coach Russell Garcia, who won gold with the 1988 men’s team, will be seen as a front runner for the role.

Ed Barney, England Hockey’s performance director, said: “It has been a pleasure to work with Bobby over the past 18 months.

“Following on from Rio, Bobby has brought a new dynamic and set of performance priorities to the men’s programme leading to European and Commonwealth Games medals.”