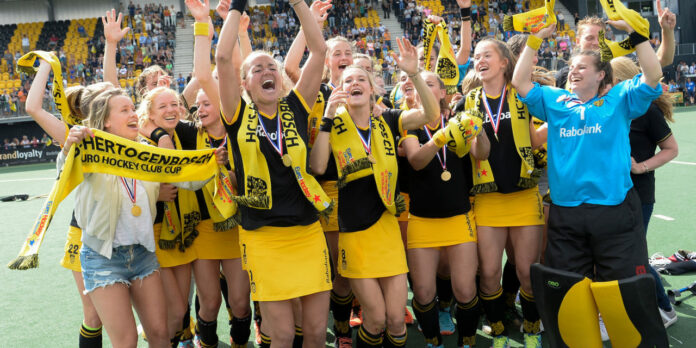 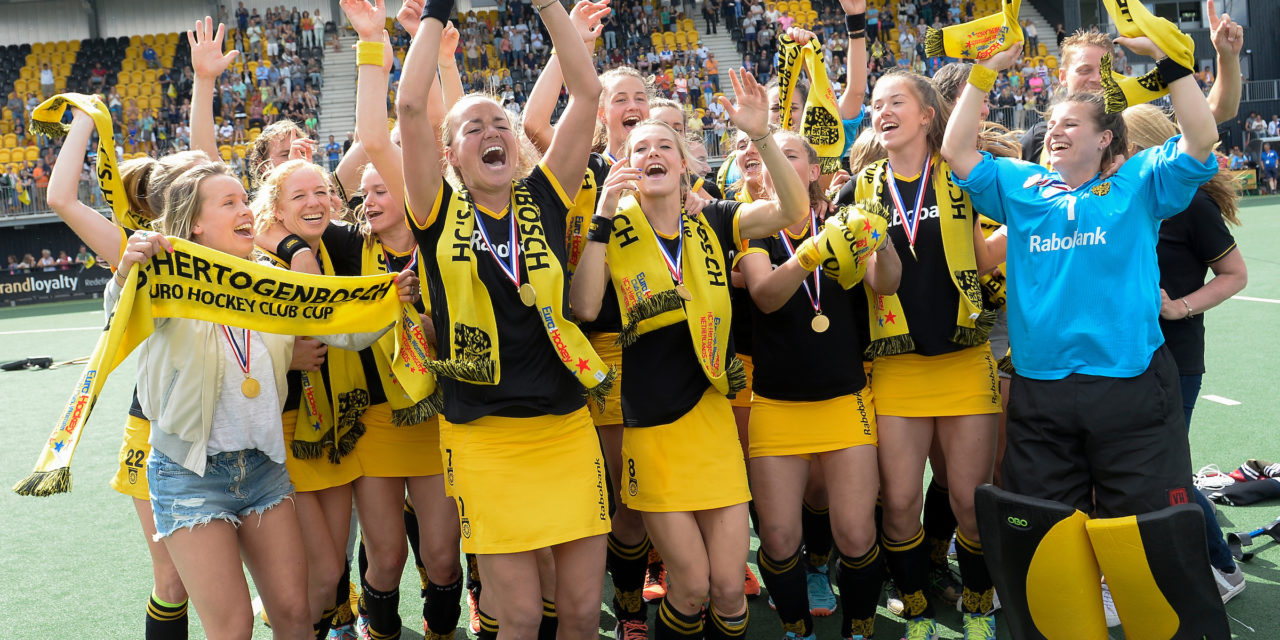 Hosts Surbiton will have it all to do when the EuroHockey Club Cup kicks off on Thursday. The tournament will be spearheaded by HC‘s-Hertogenbosch from the Netherlands, the current champions and Europe’s most successful team, who are joined by fellow Dutch side AHBC Amsterdam.

Here, we run the rule over three of the top teams to watch …

Looking in as an outsider you might be mistaken in thinking that this is in fact the ‘Den Bosch’ Cup as the ladies from ‘s Hertogenbosch have lifted the title no less than five times since the new format of this event was launched in 2010.

HC ‘s-Hertogenbosch, also known as ‘HC Den Bosch’, is a Dutch hockey club, which was founded on July 14, 1937 in ‘s-Hertogenbosch. With over 2,500 members it ranks with some of the largest hockey clubs in the Netherlands. The army of yellow and black juniors being a familiar sight around the club, many days during the week!

There is no doubt that Den Bosch come into the EHCC as firm favourties. They have no fewer than 10 players currently in the Dutch squad all hoping for a spot in the World Cup, which will be played in London in July.

THE STARS:
In a team of superstars it’s a hard job to pick out a few extra shining stars but undoubtedly Ireen van den Assem, Lidewij Welten and indeed Headcoach Raoul Ehren remain at the core to the success of the team. It will be the end of an era for the ‘elder lemon’ as Marlies Verbruggen retires at the end of the EHCC. It seems that retiring at the end of EHCC as the legend Maartje Paumen also retired at the end of EHCC in 2017. It was an incredibly memorable moment for all hockey fans as she was honoured by the junior army of yellow and black.

RECORD BREAKERS:
Den Bosch broke its own record of ‘Longest series without a loss’ in the Dutch National League this year. From 2002-2004 the team played 48 matches without a loss. Since November 2015 till April 8 the team have now won pver 50 games without a loss. Not hard to see why they are favourites in Surbiton. 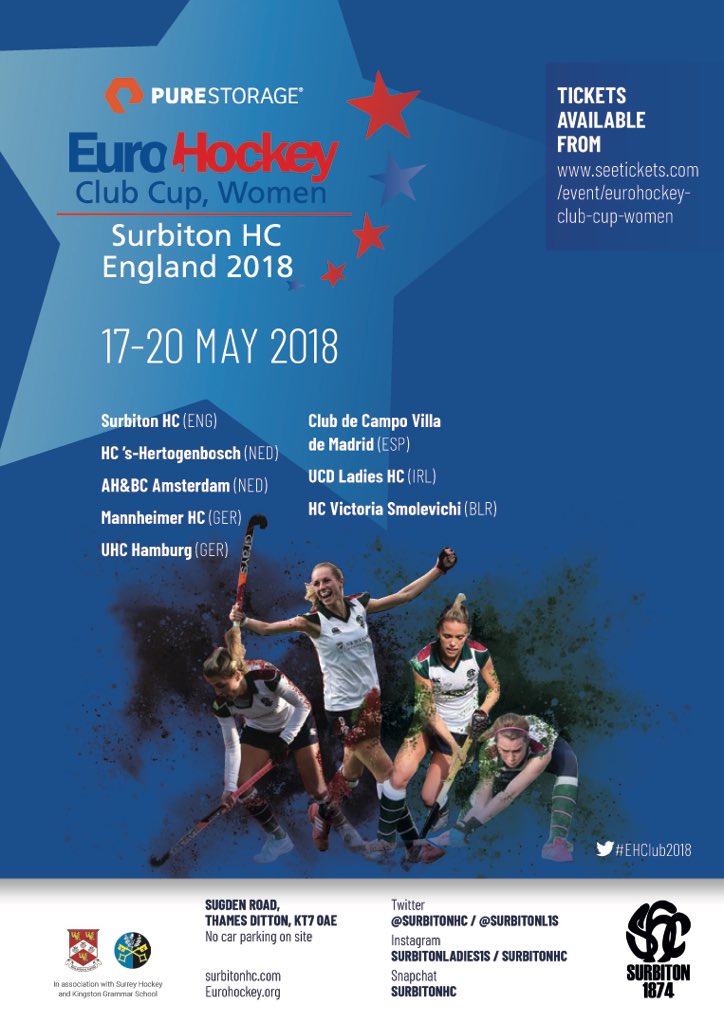 Many top players come from Amsterdam’s own youth academy. Since 1989, the club has been working with a modern and comprehensive youth plan, in which, in addition to the technical development of youth players, fun in games and teamwork also play an important role.

WHO TO WATCH
Amsterdam will be the second Dutch team playing and have taken part in the tournament twice before winning it in 2014. With a long list of Dutch internationals and German talisman Julia Mueller, they will be tough opposition for the women from Dublin. They play their first game at 2.30pm on May17.

Uhlenhorster Hockey Club, also known as UHC Hamburg, is a hockey club based in Hamburg, Germany. It was founded in 1901, since 1923 their home ground is located in Hummelsbüttel, Wandsbek.

UHC is one of the most successful clubs in Germany, both at the Senior and Academy levels, with squads playing in the Bundesliga. The men’s side have won the Euro Hockey League three times. Uhlenhorster Hockey Club Academy is one of the leading hockey academies in Europe and has produced a number of international players.

EURO PEDIGREE
Uhlenhorster have won their domestic league three times in a row and have some recent successes in the EuroHockey Club events . With a Bronze medal in 2016 and last time out they provided some of the most thrilling matches of the competition, a penalty shootout win in the semi final against AH&BC set up a close run loss in the final to Den Bosch. They will be coming back this year trying to go one better and claim the top spot.

ONES TO WATCH:
In Janne Muller-Weiland they have the Germain captain, a former German player of the year and a former European Champion. Janne’s experience at the back is matched by Eileen Hoffmann’s upfront. Eileen has 233 caps for Germany and is the Germans League’s all time leading scorer. The spine of the team is completed by Katharina Otte, a double Olympian and a hugely influential player for UHC.