The reality of hosting a home World Cup took a further step forward on Thursday when England Hockey and the International Hockey Federation (FIH) revealed details of a dedicated spectator zone called Fan Central, billed as the “go-to destination” during the Vitality women’s World Cup in London.

The women’s World Cup will be staged at Lee Valley Hockey and Tennis Centre on the Olympic Park in July and August, which is set to be the biggest sporting event in England over the summer.

Spectators at this year’s showpiece, which starts on July 21, will begin their journey with a walk down the Vitality Mile before arriving at Fan Central.

The construction will be nearly the size of three hockey pitches and located at the venue where Great Britain won bronze at London 2012.

The Olympic Park venue will, according to organisers, turn itself into a festival vibe, with a big screen, live music and food outlets and can be experienced both before and after World Cup matches at Lee Valley. 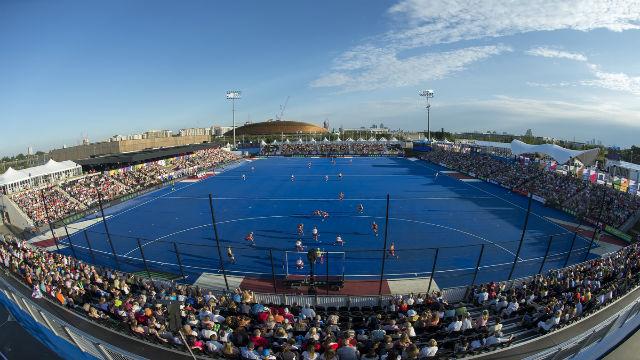 England Hockey said that more details will be announced in the coming weeks, which will include offers for ticket holders – from shopping, activities, eating and entertainment.

Also included at Fan Central will be a dedicated zone for fans to try out hockey, while non-ticket holders for matches will also be allowed in for free over the course of the two week extravaganza.

The Hockey Paper will be covering the World Cup extensively throughout the duration of the event with an exclusive digital service.