Kerry has seen a number of bright new faces grace the international scene for England and GB since Rio and Takara Haines is the latest to join the ranks at Bisham Abbey as the Olympic-winning coach looks to selecting his squad ahead of the 2018 Vitality women’s World Cup in London.

However Haines, 27, was originally one of 15 new additions to the centralised squad announced last January by Kerry.

She is an East Grinstead registered player but has been based in Australia due to personal circumstances since last summer – where she played for Victorian Vipers – and has since overcome a foot injury.

However, defender Haines, also known as Kara, has taken the decision to return to the UK after she retrialled at Bisham Abbey in February, with Kerry keen to test her out ahead of World Cup selection. She rejoined the programme on Monday.

“There is a bit of pressure in that line [defence] which is good for competition and standards,” Kerry revealed to The Hockey Paper. 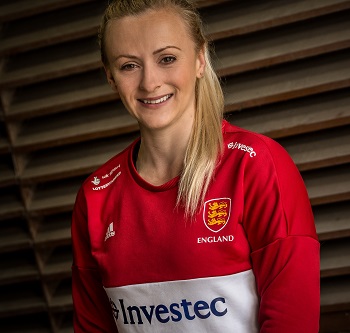 Haines has come through the national age group ranks, featured for GB at the 2009 Youth Olympics and scored on her home debut for East Grinstead in 2015.

“Kara is very determined, quick and can play on either flank. She is an exciting player,” said Mary Booth, East Grinstead’s coach.

“She is a worker and has the right attributes but has worked damn hard to get where she is. She is tenacious and puts herself on the line to stop people scoring.

“She is apprehensive [about joining the squad] but ultimately it’s Danny’s decision and the group will accept it.”

Although 12 of the 19 Olympians who flew to Rio retained their place in the centralised programme, Kerry has been bold in his selections with Test matches being used to give international experience to the burgeoning squad.

Kathryn Lane, the former England under-21 captain, Emily Defroand, Ellie Rayer, Anna Toman and Suzy Petty, to name but a few, all continue to make strides under Kerry.

“For some of the players like Kathryn and others, it was about helping to grow some depth,” Kerry said after England won bronze on the Gold Coast.

“So we knew the decisions we were making with the relative lack of experience but it does mean that if there are injuries we know these athletes have been tested in a big tournament.”