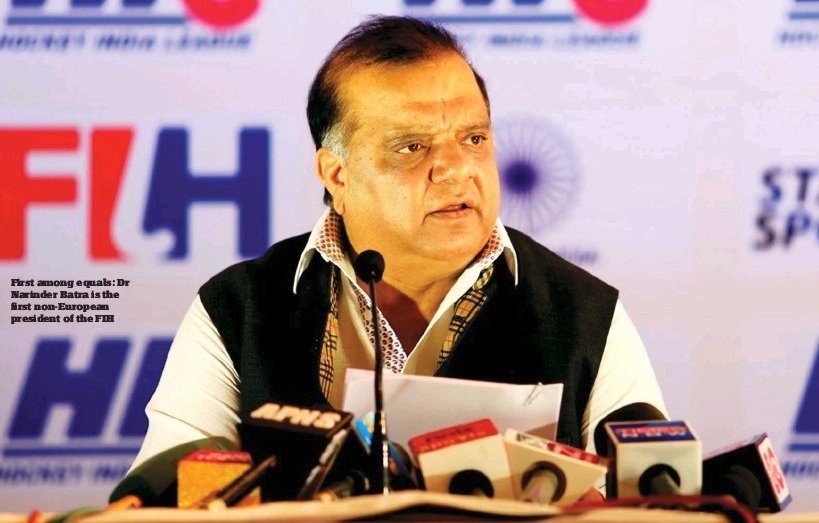 On his personal Facebook account, Batra criticised police in Britain for acting in an inappropriate manner in relation to the summoning of Indian player Sardar Singh during the Hero Hockey World League in London, reportedly in connection over an alleged sexual assault case.

The FIH said in a statement on its website that Dr Batra regretted his actions and has publicly apologised for his emotional state.

The statement added: “Dr Batra was given a written warning. He shall pay an undisclosed amount to a sports charity institution and bear the costs of the disciplinary proceeding.

“He is not restricted in any way to pursue his functions as the FIH President.”

Batra also posted a series of messages on Facebook after Mirwaiz Umar Farooq, the Kashmiri separatist leader, used Twitter to congratulate the Pakistan cricket team after they beat India in the final of the Champions Trophy at The Oval in London, held during the same time as the World League in the English capital.

However, the FIH statement only referred to the social media posts surrounding Singh.

Batra became the first non-European president in the FIH’s 92-year history when he was overwhelmingly voted into the sport’s top post in November 2016.

He has since gone on to take the same role at the Indian Olympic Association (IOA), with some observers suggesting that holding two jobs is weighing down his hockey duties.

Batra was due to host a dinner after the Hockey Writers Club annual awards in London in January before cancelling.

He was also due to attend the recent Commonwealth Games in the Gold Coast but never travelled to Australia.