Canada women’s hockey on the crest of ‘something great’ 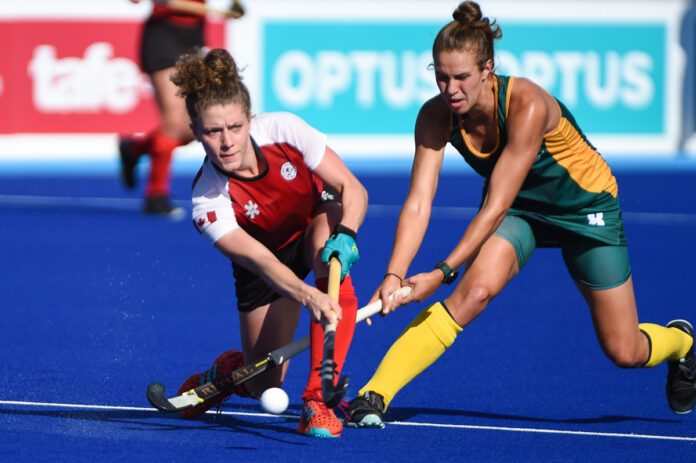 Canada captain Kate Wright believes the women’s side is beginning to show signs of “something great” after ending the Commonwealth Games in fifth place, their best showing at the event.

Canada, a relatively young side, finished with two wins, two draws and a defeat, leaking only three goals as they beat South Africa to hurdle the sixth place which had previously been the highest Commonwealth finish by any Canadian team since 1998.

“This was a great showing from our team, and now it really feels like the beginning of something great,” said Wright. “We stuck to our game plan all tournament and it was really nice to see where we measure up.

“I think we belong in the medal round with the best countries in the world. We’re definitely proud of how we played but we’re not satisfied. We want to make sure, next time we come up against those top countries, we’re beating them. It’s that simple.”

In a women’s tournament which produced few goals – even for finalists New Zealand and Australia – Wright admitd that Canada will aim to overturn a statisic which saw them fail to score in the opening three matches.

“We did a lot of things well this tournament but we really struggled with actually putting the ball in the net,” Wright said.

“We’ll get straight to work adjusting small things with our attacking circle play and see if we can fix that.”

A powerful scene before the game as everyone in the Gold Coast Hockey Centre stood for a moment of silence honouring the victims of the Humboldt Broncos Junior Ice Hockey Team. #HumboldtStrong #CommonwealthGames2018 #GC2018Hockey pic.twitter.com/FIXSgywjjo

“She has worked so hard over the past few years to get where she is now. We’re so proud of her and were lucky to have her back there,” Wright added. “She stood on her head for us. She’s just so dominant back there.”

Meanwhile, the men’s national team finished in eighth spot and will now prepare for the World Cup in December, their next big tournament.