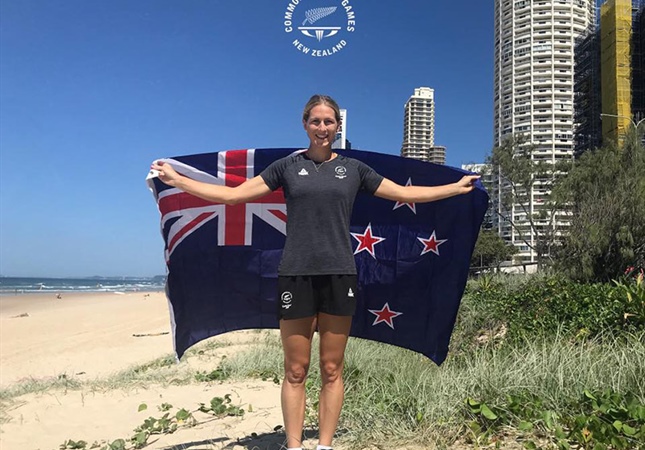 “There was powerful motivation for the Kookaburras to win one final gold medal for the retiring captain Mark Knowles’, writes Nicole Jeffery in The Australian newspaper. “And they refused to disappoint him.”

Six straight Commonwealth Games titles was confirmed in fine style with the win over the Black Sticks on Saturday night. That and a mountain of trophies and medals for Knowles to also savour.

Now, the Kookaburras will turn up for their first training session with a key figure missing and expectations galore.

Writes AAP: “Australia will now be expected to challenge for the Champions Trophy in June and World Cup in December, even allowing for the gaping hole Knowles’ exit leaves in the dressing sheds and defence.

“It has the makings of a golden year but in typical fashion, Knowles left them with one final message.

The Morning Bulletin, meanwhile, preferred to dwell on the current.

“He retires after 318 matches, including an Olympic Games gold medal in Athens, two World Cup gold medals, and a 2014 player of the year award,” wrote the newspaper.

“Knowles first picked up a hockey stick at age four, and pushed around a paper ball made out of a Morning Bulletin newspaper.

“It was the moment team mate Jake Whetton placed the game ball in Mark Knowles pocket that perfectly ended the world-class athlete’s career.

“He found that ball for me, and that’s a small memento that will stay with me,” he said. “It’s not too often that you get to keep those things for yourself, so that was nice.”

Meanwhile, gold medals are being transported across to New Zealand after the women’s team beat the Hockeyroos.

“Pride was the major feeling for Stacey Michelsen as New Zealand received their first Commonwealth Games gold medal in hockey,” was the New Zealand Herald‘s opener.

Captain Stacey Michelsen had been there for the disappointments at the Delhi and Glasgow campaigns as well as the heartbreak at the Rio Olympics.

“Years of “almosts” and “so closes” were transplanted by a confidence which stunned their opponents into submission in front of a roaring bipartisan crowd that included Prime Minister Jacinda Ardern.

“Late in the third quarter, Split Enz’ History Never Repeats boomed over the public address system as New Zealand went 3-0 up. That proved a prophetic anthem. Australia, a team which had won the title on four of the five previous occasions, were bound for defeat.”

For the first time since 1998, the Indian hockey team didn't win a medal at the CWG. According to me, it's just the result of trying out too many different players in past tournaments rather that focusing on strengthening one core team. #FieldHockey @TheHockeyIndia #GC2018Hockey

Can someone explain to me why umpires are just giving away so many unnecessary cards please? It is not a way to assert your control in a game!!! #CommonwealthGames2018 @FIH_Hockey

“I feel completely at ease with my decision, I love playing hockey but I feel like it’s the right time. I am leaving the game when I still love it. I am fit and healthy and I can run around for 60 minutes and still celebrate. I wouldn’t give back a second of my career, but I am stoked these young guys got to feel how good it feels to win gold.”

“It’s indescribable really, I’m getting emotional just thinking about it. When it actually starts sinking in, gold is amazing, and playing at the Commonwealth Games has always been a dream. Just being here is amazing, but to win gold is the epitome of playing hockey for your country.”