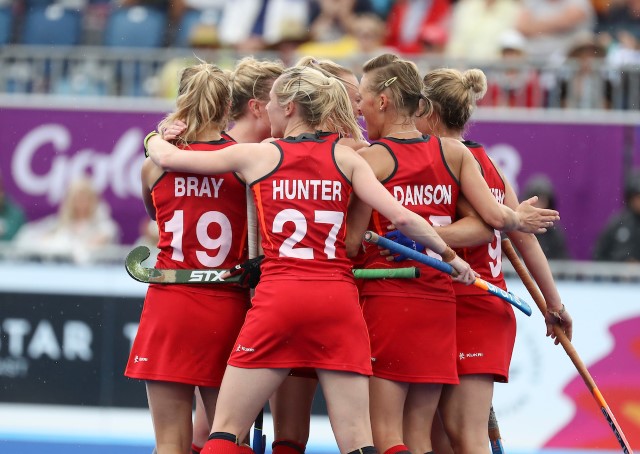 England women finished their Commonwealth campaign with a superb bronze medal, a 6-0 thrashing against India, a side who had no answer to this second-half capitulation.

Sophie Bray, England’s standout forward, was in electric form in the circle as the 27-year-old notched a 13-minute hat-trick against an increasingly-tired Indian outfit.

There were goals too for captain Alex Danson and Laura Unsworth, while England even managed to notch their first penalty corner in 26 attempts when Hollie Pearne-Webb opened the scoring before the break.

“It was a resilient performance,” said Danson, who is now three goals behind England’s record scorer Marjorie Pollard (116).

“We’ve got a very big, very talented squad. It’s a fantastic way to end this performance. It’s a relief when you’ve done the work at home, and you’ve got the tactics and the ability as individuals in the team to play.

“It’s all about the mindset, how you feel going into the match. How you talk, how you think, and how you stand.”

The Olympic champions’ attacking prowess may have deserted them against New Zealand but in a match which marked England’s 100th medal of the Games, this milestone will be remembered for Bray’s killer instinct display.

Our baby faced assassin 😇👶 @sophiebray19 is our hat-trick hero! pic.twitter.com/xxnZYt7WZ3

The Kampong forward’s best moment came in the third quarter when she finished a fine triangle move before unleashing an unstoppable reverse stick strike.

At the other end, Maddie Hinch was called into action five times – including a brace of penalty corner stops – before Amy Tennant was given a late chance in goal with bronze won.

From bronze in last summer’s EuroHockey Championships to the same podium finish here, England’s rebuilt squad are beginning to click. Concussions and injuries did blight their campaign but, as the old hockey adage goes, it was all about England winning their last game.

“As a defender I don’t score many goals so it’s quite nice,” said Pearne-Webb. “But in our team it doesn’t matter who scores the goals as long as we score. We all came out to make sure we weren’t going home without a medal.”

Indian captain Rani said her side would have to work on defensive frailties ahead of the World Cup.

She said: “We are playing England in our first game and we need to work towards that.

“We cannot afford to give them soft goals like we did today and we need to make the most of the chances that we are creating.”